Urán dominated the clock and Carapaz resisted the onslaught 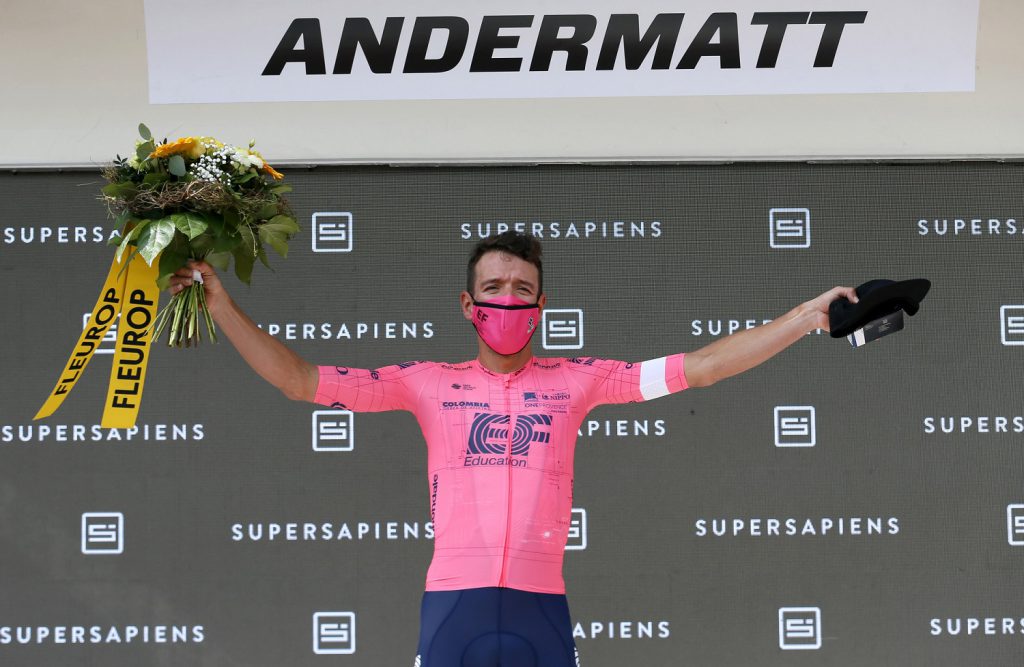 Rigoberto Urán (EF Education Nippo) took a magnificent victory this Saturday in the seventh and penultimate stage of the Tour de Suisse, an individual time trial of 23.2 kilometers for high-powered men, which was contested between Disentis Sedrun and Andermatt and allowed him to rise from fifth to second place in the general classification, which is still guarded by Ecuadorian Richard Carapaz (INEOS Grenadiers).

With his triumph in this crucial day on the clock, the Antioqueño who set the tone from the intermediate point located at kilometer 11.9, managed to meet one of his objectives before reaching the fair: fight to the end the jersey of Leader.

On this occasion, Urán, who rolled at an average speed of 38.6 km / h, surpassed by a wide margin of 40 seconds the World champion and great favorite to victory this Saturday, Julian Alaphilippe (Deceuninck Quick Step), who had to settle with the second place and by 54 seconds to the local rider Gino Mader (Bahrain Victorious), who occupied the third position.

After the success, Urán remembered his first triumph in this test 14 years ago. “This race is difficult. My first victory in this race was in 2007, many years ago. Today’s time trial was special because there was the climb and then the descent. It was a special day for me and for the team ”.

“This year I have not raced much, also due to a small problem, but I prepared well for the Tour de France and I have done very good stages here in the Tour de Suisse,” added the tall rider from Urrao.

The EF Education Nippo rider said that this Sunday he will fight for the general of the Swiss round in the final stage. “With these great legs, I’ll give it a try. But it is a difficult stage and the Tour de Suisse ends tomorrow ”.

The leader of the race, Richard Carapaz (INEOS Grenadiers) gave 54 seconds to the finish line with Urán, but maintains the lead, now only by 17 seconds over the great figure of EF Education Nippo, who incidentally obtained his first win of the season .

High mountain awaits for the runners this Sunday in the final stage of the Swiss round, a 159-kilometer day that starts and ends in Andermatt, after passing through two first-class ports and one more out of category with 13 km at 6.8%, which concludes with fifteen kilometers to arrival.