VALENTE BRINGS MEDAL TOTAL FOR U.S. TO 5 AT TRACK WORLDS 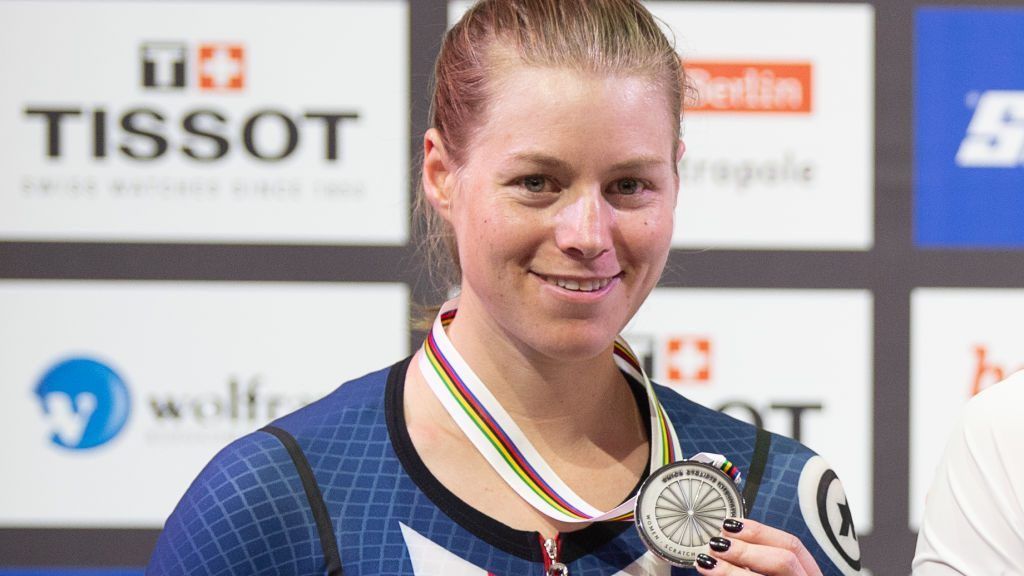 The final day of the 2020 UCI Track Cycling World Championships concluded with another medal being added to the team’s medal count, with a total of 5 medals. Jennifer Valente (San Diego; Sho-Air TWENTY20) would place second in a hard-fought Women’s Points Race. In the Women’s Keirin Madalyn Godby (Louisville, Colo.) would make it through to the minor final. The Men’s Madison team of Adrian Hegyvary (Asheville, N.C.; Texas Roadhouse Cycling Team and Daniel Holloway (Boulder, Colo.; Texas Roadhouse Cycling Team) contested the event and where able to place in a sprint in a race dominated by the Danish.

“I’m really proud of this team and the staff who were all under a lot of pressure to perform this week to secure Olympic qualifications and put Team USA in a good place leading into the Tokyo Olympic Games in a short six months from now”, said Scott Schnitzspahn, Vice-President of Elite Athletics for USA Cycling. “Five medals and third on the medal table is a performance we can be proud of and gives us confidence that we are in the mix as we start our final preparations for the Games.”

Valente would take an early lead, winning the initial points sprint. She would go off the front with three other riders and end up taking a lap and earning 20-points shortly thereafter, winning another sprint while doing so. She would stay on the front of the field for a large portion of the race, ensuring that Madison World Champion Kirsten Wild of NED wasn’t able to tale a lap. Great Britain’s Emily Barker would attack and break away from the field immediately after a crash and used that as an opportunity to gain 20 points. Valente placed in another sprint, this time going head to head with Wild, and winning, to ensure her placing above the Dutch woman. Valente would finish the event with the silver medal.

Recent alumna of the famed Japanese Girls’ Keirin School, Godby would soar through the initial rounds of the Women’s Keirin. She would place second in her first-round ride, bested by the recently crowned Women’s Sprint World Champion, Emma Hinze of Germany. That ride would push her to directly to the quarterfinals in the afternoon session. In the next ride, Godby would go up against the current leader in the UCI Women’s Keirin Rankings Hong Kong’s Lee Wai Sze as well as the bronze medalist from last year’s championship Mathilde Gros. Again, she would ride extremely well and place second in the heat, advancing her into the semifinals.

In the semifinals, Godby would go back up against Lee and Hinze, making for a challenging heat. She was unable to qualify for the gold medal final, but would race again in the minor final. After the motor pulled off during the 7-12 final, Godby was in excellent position to finish well, sitting third wheel on the outside. The Belgian rider would cross wheels with her and bring them both down. Godby recovered, got on her bike and crossed the line, giving her tenth place overall in the keirin.

“Making it into the semis in a world championship in an Olympic year was definitely a confidence boost, especially after this challenging season. To qualify a quota spot for Tokyo, which is the first time since Jennie Reed in 2008, is a huge win for sprinting in the U.S.” said Godby. “I feel like my tactical execution has improved over the course of the season, so I was happy with what happened at the world champs.”

Hegyvary and Holloway teamed up to contest the Men’s Madison event. Both riders raced earlier in the week, with Hegyvary earning sixth in the scratch race on Thursday and Holloway unable to finish the points race because of a crash. The pair would maintain their position in the field through the first two-thirds of the race, taking third place sprint points at 70-laps to go. The duo would finish 16th.