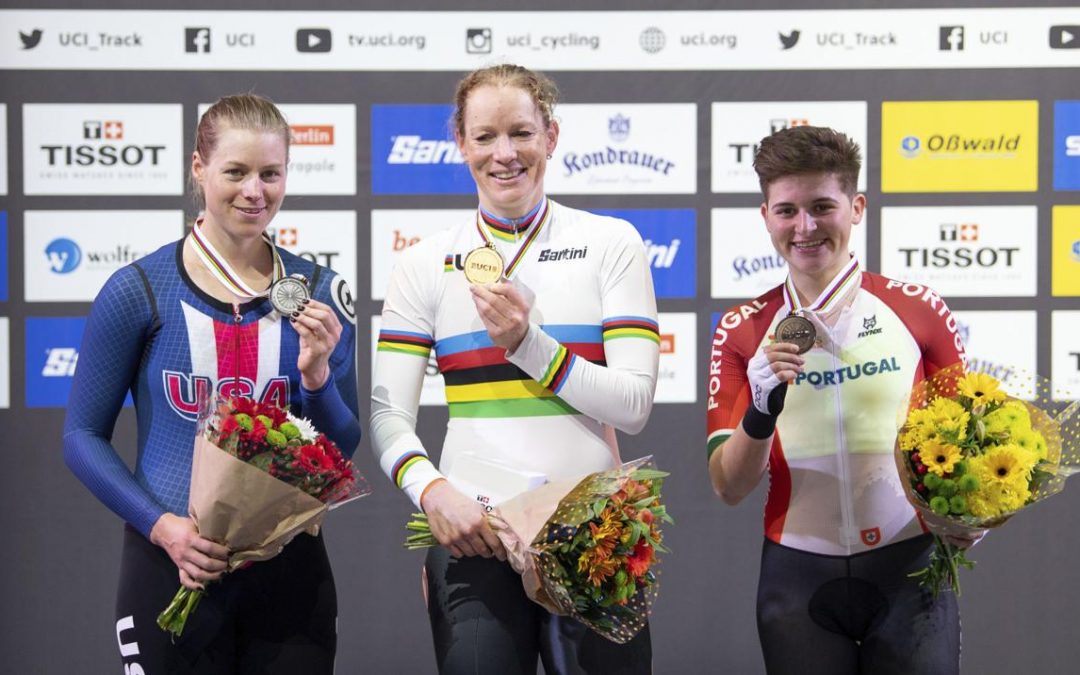 The 2020 UCI Track Cycling World Championships kicked off on Wednesday at the Velodrom Berlin. The day started with the team pursuit qualifications for the women, and then Jennifer Valente (San Diego; Sho-Air TWENTY20) took on the first individual event of the championships, the Women’s Scratch Race.

Valente would earn her first medal of these world championships with a photo finish between she, the Portuguese rider, Maria Martins, and British rider Laura Kenny. Valente raced the event smartly, watching the action and conserving energy through the first half of the race. During the next ten laps Valente would take pulls at the front of the pack testing the waters. During the final two-kilometers she would place herself at the front of the race, ensuring she was able to react to any changes in the race as they came up. Dutch rider Kirsten Wild would win the event.

“This was a great way to start off these championships for Team USA. Setting a new national record this afternoon with the team, and then taking home a silver medal tonight is a great feeling.”, said Valente. “With Tokyo as our next major event, having Berlin start like this is really positive.”

Earlier in the day, Valente and teammates Chloe Dygert (Brownsburg, Ind.; Sho-Air TWENTY20), Lily Williams (Asheville, N.C.; Rally UHC Pro Cycling), and Emma White (Duanseburg, N.Y.; Rally UHC Pro Cycling) would race together for the qualifying rounds of the Women’s Team Pursuit. Starting in the eighth of twelve heats, the squad would work together to achieve a new American record of 4:11.229. That tie was 1.053 seconds faster than the previous record, which was set at the 2016 Rio Olympic Games. The team pursuit squad will go into the first round of their competition tomorrow afternoon, where they will race against New Zealand in the fourth heat.