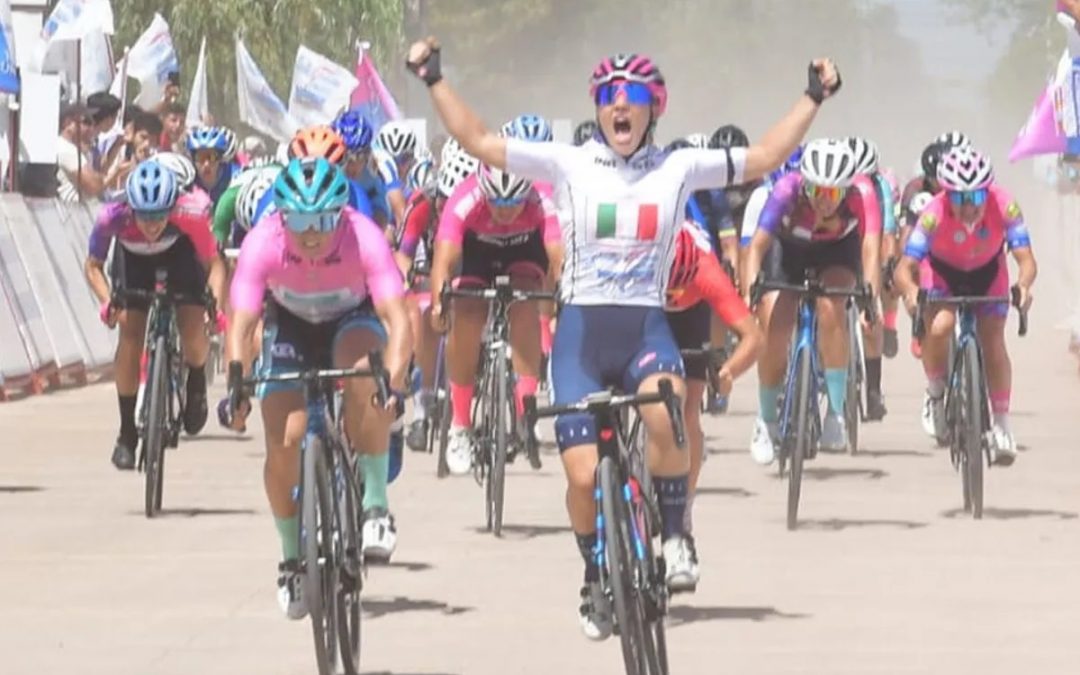 In a new day where the riders could not make a difference, everything was decided in a massive pack, the 19-year-old Italian Valentina Basilico was the fastest in the final sprint and raised her arms in the town of Pirané, obtaining her first target as professional.

The usual runner of the Bepink team, who this time defends the uniform of the Italian National Team, beat the Chilean leader Paola Muñoz and the Brazilian Daniela Lionco (Fernandes Cycling Club).

On the other hand, it is worth highlighting the performance of other young women who are making their way on the UCI international circuit, such as the Colombian Elizabet Castaño (19), Cristina Tonetti (20) or the Argentines Micaela Gutiérrez (20) and Julieta Benedetti (18). ), all of them occupying positions in the top 7 of the day.

The general classification did not undergo substantial changes in the first places and the Chilean Paola Muñoz (Eneicat-RBH Global) kept the lead, escorted by the Italian Valentina Basilico (Italy Selection) now only 8 seconds.

The best Colombian in the second fraction was again Elizabeth Castaño (Colombia-PAD Selection), who ranked 4th. With the same time as the winner, all the national riders arrived in the peloton.

This Sunday will end the 1st edition of the Vuelta a Formosa Femenina 2.2 with a double partial, where the general classification will finish drawing

In the morning there will be a 9.1-kilometre individual time trial in Herradura. While in the afternoon a circuit will be held in the Coastal Formosa, totaling 81 kilometers.

This Sunday the Argentine race will end with two fractions, the first will be a 9.1-kilometre time trial and then the second day of the day will take place, which will take the cyclists around the Costanera along 81 kilometers.