Velodrome for the Asu 2022 Games was built at Olympic level 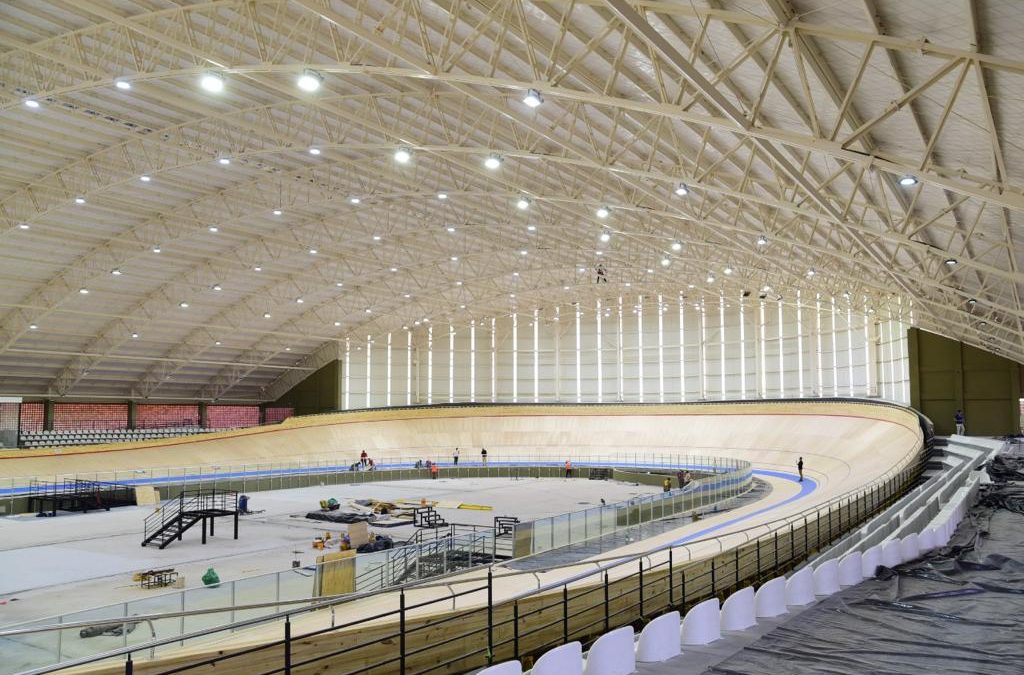 During a tour of the venues where the XII South American Games Asunción 2022 will take place, Gabriel Curuchet, vice president of COPACI and head of the South American Cycling Union, said that the structure of the velodrome is up to Olympic level and that these places represent great support in order to achieve your goals.

“These places are built with great effort for the athlete, you have to see them as suitcases where they deposit their dreams,” said Curuchet during a technical visit to the mega project as International Technical Delegate (DTI).

The construction was erected on the grounds of the Olympic Park of the Paraguayan Olympic Committee (COP) and will be the first approved track in Paraguay. Curuchet stressed that these places represent great support for the achievement of the goals that every cyclist sets for himself in his career.

It is a covered stage, with a wooden floor. The track is 250 meters long and the electronic time and score system are certified by the International Cycling Union (UCI). In addition, it has changing rooms for athletes and judges, doping control rooms and a medical control room, offices and warehouses. The approximate investment for its construction was 5 million dollars.

“The message that I leave for young people is that they see it as something patriotic to go and leave the flag of their country high” said Curuchet, who called on the other hand, that governments see this as promotion for the country and thus invest more in the sport.

For his part, the Minister of Sports, Diego Galeano Harrison, pointed out on the program La Lupa on Telefuturo: “The velodrome is one of the works that we are most proud of in these South American Games, Odesur Asu2022. It has an area of ​​10,000 square meters and capacity for almost a thousand people, approved under the highest international levels, it has a track that was manufactured in Canada, the wood is LVL type”.

This scenario will be a great training center for future South American and Olympic medalists, opening the doors of Paraguay for the most prestigious competitions worldwide, marking a before and after for speed cycling at the country level.

Around 150 cyclists from 15 countries are qualified to participate in the South American Games, of which 10 are Paraguayans who will compete in their country for the first time in this modality, considering that it is the first time that this track will be available.