Victoria Velasco won the selective against Tokyo at the Guadalajara velodrome 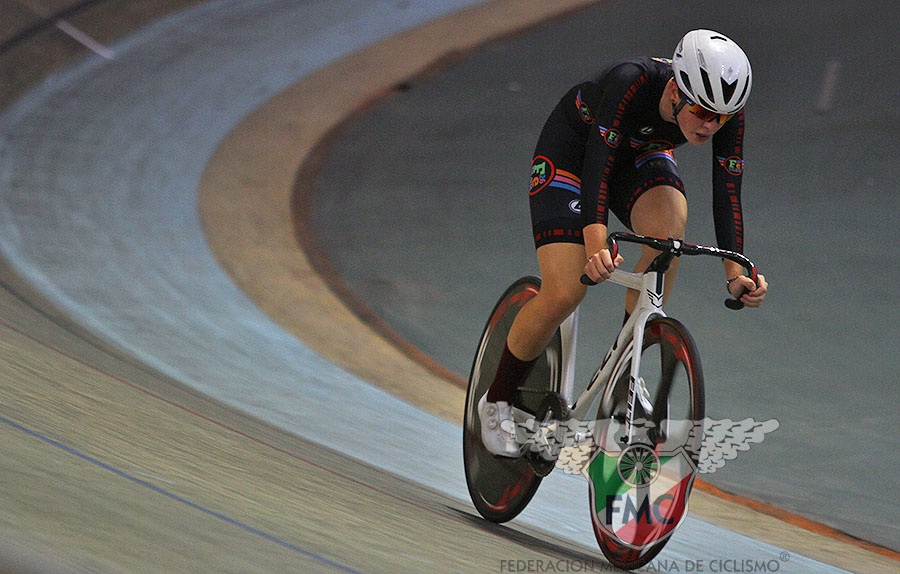 Very exciting was the selective omnium test for the Olympic Games, held this Saturday at the Pan-American velodrome in Guadalajara, Jalisco, in which Victoria Velasco (18 years old), was the best of the four eligible competitors. Now it only remains for the Mexican Olympic Committee to make it official.

Surprised by the level of cyclists eligible for Tokyo, Ana Gabriela Guevara, head of the National Commission for Physical Culture and Sports, appeared at the Jalisco velodrome, where the president of the Mexican Cycling Federation, Edgardo Hernández Chagoya explained each of the tests that make up the Omnium.

As indicated by the order of the four tests, the scratch began the exhausting modality. The young Katia Martínez made a getaway and took the first 40 units. In the fight for the Olympic square, the best was Victoria Velazco with third place and 36 points, followed by Yareli Salazar with 34, Sofía Arreola 32 and Yareli Acevedo 30.

The second test, tempo race, saw Victoria Velasco triumph who left Yareli Salazar in second place, Sofía Arreola in third and Yareli Acevedo in fourth. Right in the middle of the omnium, there was still a lot of tension left.

She was the turn to the elimination race, in which they all looked very combative. Little by little they all came out until the same four Olympians were eligible. This time each lap was very fought, the first to leave was Velasco, the second Arreola and the Yarelis fought for the first place that finally remained for Acevedo.

Up to this point the competition had a tie between Yareli Salazar and Victoria Velasco with 110 units, in addition to another hug between Yareli Acevedo and Sofía Arreola with 104. The last test, the points race would define everything.

The four rolled couples looking to win the packaging of each lap, but suddenly, Victoria Velasco made a great effort, pedaled hard and managed to get a lap, which earned her to add 116 units for 103 of Yareli Salazar, 100 of Yareli Acevedo and 96 by Sofía Arreola.

Finally, the winner of the Omnium test was Romina Hinojosa, who added 130 points and raised her hand to be part of the selection in Pan American events, in second place Katia Martínez finished with 122 and Victoria Velasco third with 116, but she was the best of cyclists eligible for the 2020 Olympics + 1.