Vidaurre is champion of the world and also of the Junior Pan American Games! 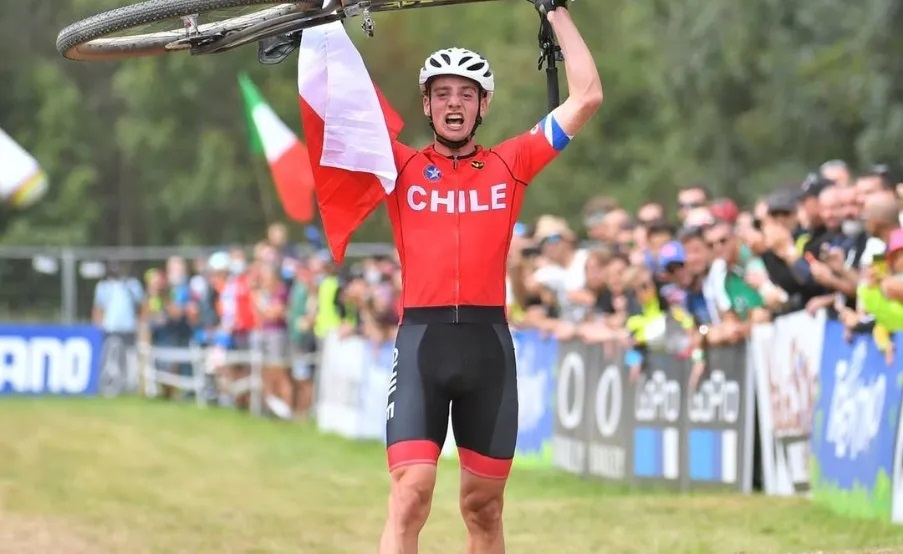 Exactly three months after being proclaimed world champion in cross country cycling sub 23, the Chilean Martín Vidaurre added to his brilliant prize sheet the gold of the first Junior Pan American Games in this same test, played this Saturday at the Raúl Pizarro track, from Yumbo, Colombia, with a large representation of 16 nations.

Vidaurre was the fastest among the 22 riders who went to the final with a time of 1:22:14 hours, ahead of local Nelson Duvan Peña (1:23:56) and Brazilian Gustavo Xavier de Olivera (1:24: 14). “I wanted to contribute gold to my country and I did so. I am very happy ”, were the first statements of the athlete, who contributed the fourth title for Chile so far on the calendar of this multiple fair.

Although he was the favorite to be crowned, it was an attractive event in which the king of the world in mountain biking never lost the lead of the race, with 22 riders entered. “I enjoyed it a lot and I see a great future for this sport in America,” said the new monarch.

Although what happened between the men was predictable, the female joust did not want to be left behind in terms of emotions, and that was taken care of by the Colombians Angie Milena Lara (1:21:20) and Ana María Roa, gold and silver, respectively, with barely a second difference on the sentence line. The bronze corresponded to Giuliana Salvini (1:22:12)

With these two medals, the Mountain Bike competitions concluded, held in a couple of days at the Raúl Pizarro de Yumbo track.