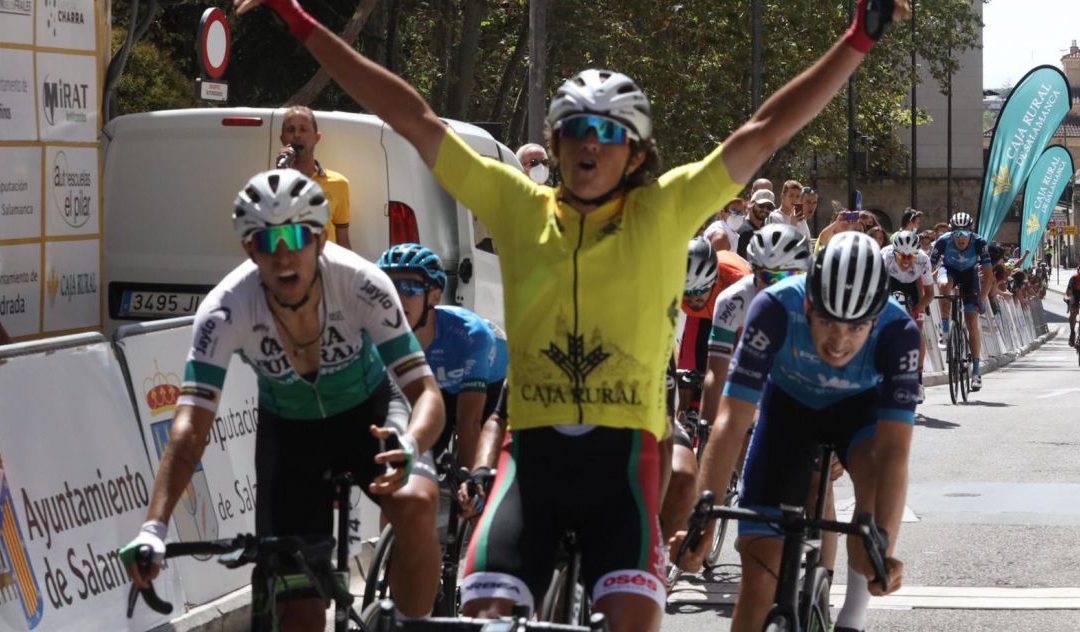 The Vuelta Ciclista a Salamanca came to an end this Tuesday, September 7, after three very different stages in which it had Vinicius Rangel as its maximum dominator, after repeating his stage victory at the finish line located on Calle San Pablo de Salamanca .

The Brazilian rider, wearing the lap leader’s jersey after a tremendous stage on Monday ending in La Alberca, asserted his form to win the second stage and pass the general classification of the Vuelta, with more than one minute of advantage over his teammate Luis Daniel Zea.

In fact, the dominance shown by the Telco cyclist, m, who is only 20 years old, has been surprising after being able to see him in the tail of the peloton in the first stage after passing through the Cabrerizos peak. The interesting thing is that the South American rider triumphed in both categories, elite and sub 23, in this 49th edition of the pedal classic in Salamanca.

The Navarrese team, in addition, has doubled in the general classification by placing Luis Daniel Zea as second classified, who also marked the differences in the queen stage of the Sierra de Francia. Both have been accompanied on the podium by Fernando Tercero, from Eolo-Kometa, who has honored his surname in the general lap.

“I do not believe it. We have come with a lot of desire, but it is very difficult to take the victory. The work we have done has been fantastic and the truth is that both yesterday and today I felt very well. The sprint itched up and that made me feel good. it has allowed us to fight it, “said Vinicius Rangel.

Fernando Tercero, for his part, explained that “these last two days have been really hard. Sunday on the ground. And this Monday because of the tension. The wind appeared and made it not an easy day, but we were really able to save it. Well with the team’s performance. At the last pass we wanted to test it, but the rivals came out on the wheel very early and it wasn’t a steep climb to really hurt either. “

The general of the Mountain was conquered by David Domínguez, the Flying Goals were led by Igor Teodoro Molina, the general of ‘special sprint’ fell to Thomas Silva, who also won the Combined; the regularity was for Vinicius Rangel himself, while the team classification was awarded by the Eolo-Kometa team.