Vuelta a Burgos: Chursina reigns in the second day, Arlenis is leader by points 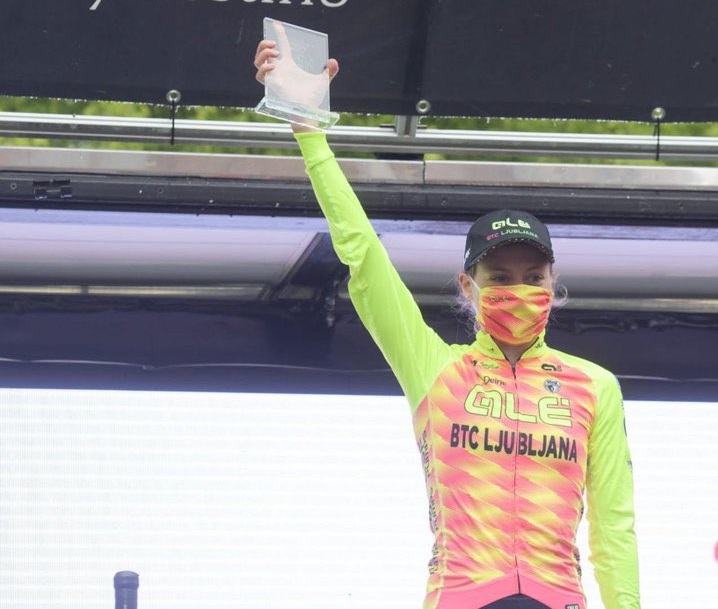 Despite the solo victory of the Russian Anastasiia Chursina (Alé BTC Ljubljana) in the second stage of the Vuelta a Burgos, Spain; The best performance in America was once again put by the Cuban Arlenis Sierra (A.R. Monex), with a fourth place in the sentence line, valid to be placed at the front of the points classification with 28 units.

The second segment of 97 kilometers between Pedrosa de Valporres and Villarcayo was dominated by the Russian Chursina in an unusual break at kilometer 37, when only the first mountain prize of the day had passed and the peloton remained compact.

In that group of 52 runners that chased the young 26-year-old cyclist, were the leaders of the race along with Arlenis, who with her fourth partial place also remained in that same box in the individual general classification, five seconds behind the three top women: Elise Chabbey (Canyon SRAM) from Switzerland, Niamh Fischer-Black (SD Worx) from New Zealand, and Grace Brown (BikeExchange) from Australia.

In this way, Arlenis will come out this Saturday with the green shirt that owns the also known as regularity classification, in which she is escorted by Broawn and Chursina, both with 25.

The third stage, this Saturday is scheduled for 115.4 km from Medina de Pomas to Ojo de Guareña with two mountainous ports, both in third category and significant changes are expected in all classifications.