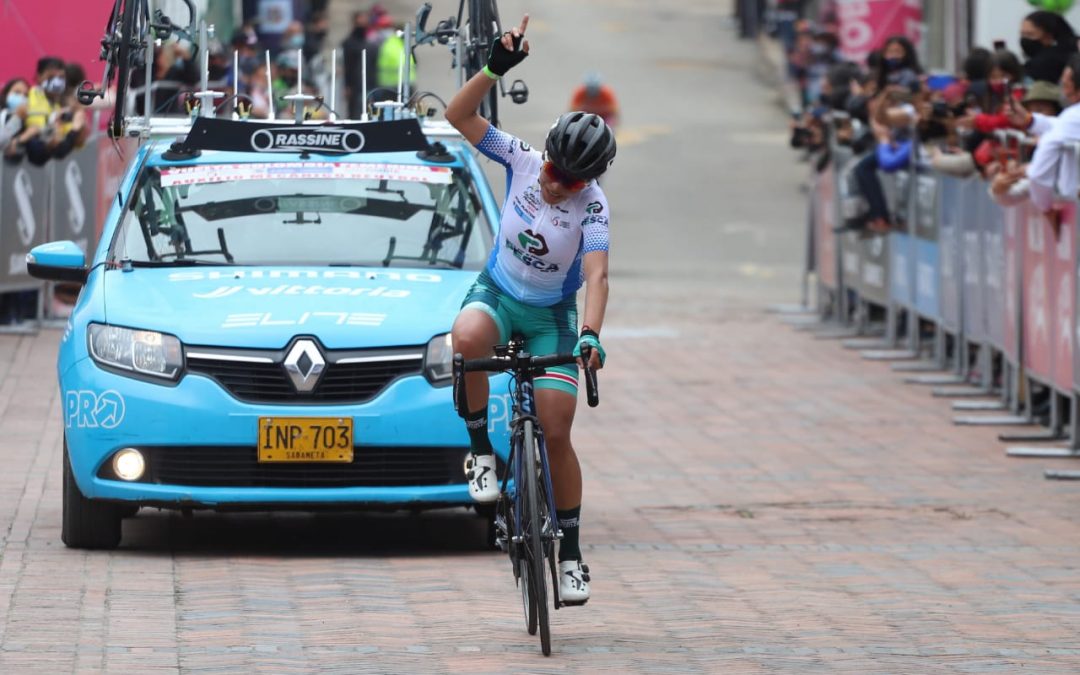 A spectacular victory was achieved this Monday by the Boyacá runner Yeny Lorena Colmenares, from the Boyacá Avanza team, who on the mountain showed her great talent and added her second victory in this Vuelta a Colombia Femenina Mindeporte 2020, which maintains the leadership in the power of the Ecuadorian Miryam Núñez, from Liro Sport.

Vibrant day that was lived with the dispute of the third fraction of the most important race in the country for women. The day began with a circuit in the municipality of Sogamoso, where the more than 120 runners who remain in competition gave eight laps of the layout arranged in this town and then left for Monguí, where the finish line was located after 78.1 kilometers traveled .

In this first sprint, the partial leader, the Bogota-born Milena Salcedo, of the Colombia Tierra de Atletas GW team, who left with everything in the packaging to defend her shirt and beat Katherin Montoya (Colnago) and Diana Sánchez (Clarus Proyecta). , who crossed second and third, respectively.

Three laps later, the fifth of the circuit, another sprint was arranged, the second of the day, where the Antioquia Katherin Montoya tightened the classification by crossing in first place and adding the three bonus points. Elizabeth Castaño (Colombian National Team) crossed in second place and the leader Salcedo was third.

On the eighth and last lap the third and last special sprint of the stage was disputed, there Milena Salcedo confirmed her leadership by taking first position and adding three more points. Katherin Montoya was second and Elizabeth Castaño, third.

From then on, the emotions increased, as the runners began their way to the ascent that would take them to the town of Monguí. In the mountains the group was selected, the hard ascent was reducing the lot and only the specialists in this field were left to go in search of victory.

With approximately 5 kilometers to go to the finish line, a group of five runners left the peloton. Ana Milena Fagua (Team Gempt), Natalia Pardo and Camila Valbuena (Colombia Tierra de Atletas GW), Yeny Lorena Colmenares (Boyacá Avanza) and the partial leader Miryam Núñez (Liro Sport), were the great protagonists in the last kilometers of the stage , where a real battle for victory was experienced.

The first to drop from this select group was Camila Valbuena from Bogotá, who suffered a decompensation the previous day, but who on this day showed her category and made it clear that she still has the strength to fight for a victory.

With 3 kilometers to go, the Ecuadorian Núñez launched an attack, but the Boyacean Colmenares went after her, managed to connect her and continued in search of victory. None of the runners who accompanied her were able to go to her wheel and she managed to cross the sentence line alone, where she celebrated her second victory in this fifth edition of the race by raising her arm thanking God.

The fourth fraction will be played this Tuesday, November 10 between the Boyacá municipality of Tunja and the Santander town of Vélez, over a route of 83.9 kilometers, passing through the municipalities of Arcabuco, Moniquirá and Barbosa. The runners will face two special sprints and three mountain prizes on this track: one for the first, one for the second and one for the fourth category.