VUELTA A COLOMBIA MINDEPORTES: NELSON SOTO WINS UNDER THE RAIN IN GUASCA 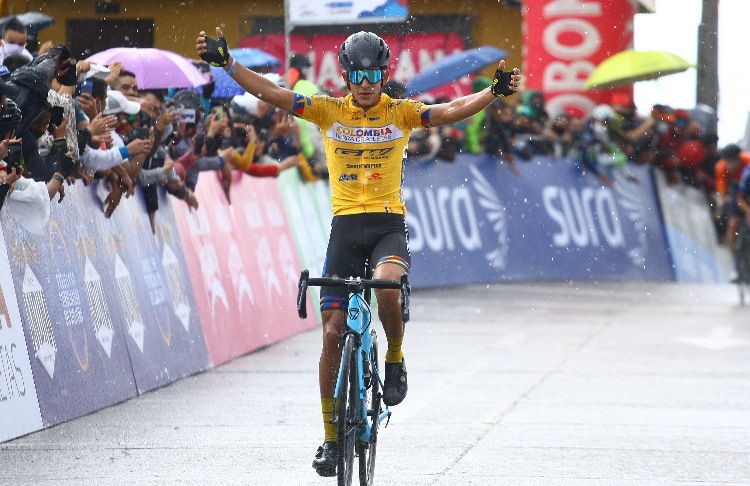 Nelson Soto (Colombia Tierra de Atletas-GW) surprised the big favorites for the title of the event and took a great victory this Sunday in the third stage of the Vuelta a Colombia, Sutatenza and Guasca over a distance of 144 kilometers.

The skilled Barranquilla sprinter, anticipated his rivals, to enter the main park of the Guasca municipality alone to celebrate a great victory alone under the persistent rain that accompanied the cycling caravan in the final ten kilometers, being rewarded for the great effort of Colombia Land of Athletes-GW 4WD Renta Car, which took control of the competition in the last thirty kilometers.

On the final kilometer, Team Medellín tried to make a difference in search of victory, initially it was Robinson Chalapud who attacked with great strength and later the defending champion Fabio Duarte would do it – who has had no luck and has been involved in falls the first two fractions-. However, Soto went to his wheel to exercise control and before the withdrawal in the offensive of the men of the team from the Antioquia capital, he executed the decisive action and was left with the victory.

At the finish line, Soto would be the winner, Fabio Duarte (Team Medellín) was second, while his teammate Robinson Chalapud arrived in third position. Making a great defense of his leadership Alexander Gil (EPM Scott) occupied the fourth box, leading the group of hopefuls to the final victory.

With a circuit through the streets of Ibagué, this Monday the Vuelta 70 años continues, entering Tolima territory. Prior to the considered queen stage ending at Alto de la Línea, the runners will compete in a day of one hundred kilometers through the main streets of the ‘Musical Capital”