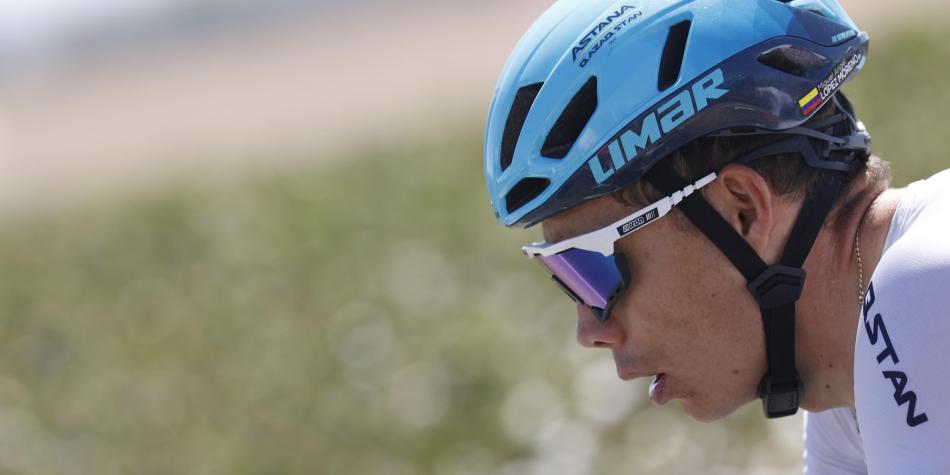 With a steep finish, stage 18 of the Vuelta a España ended in victory for leader Remco Evenepoel, closely followed by Enric Mas; while the news for America was that the Colombian Miguel Ángel López arrived 13 seconds behind the winner and rose to fourth place overall.

This Thursday’s segment offered a second category port and two first category, including the one located at the finish line, at the end of the 192-kilometer route between Trujillo and Alto del Piornal.

The day, without Samuelle Battistella and Bruno Almirail, who did not take the start, began with an attack by 11 runners, who were captured after 10 kilometers traveled. The peloton had no peace thanks to a massive fall, which affected Rigoberto Urán and Carlos Rodríguez and knocked out Jay Vine, candidate for the mountain title.

The attacks continued until the breakaway was achieved, with 130 kilometers to go, with 40 brave men who broke away from the pack, including Sergio Higuita, Marc Soler, Richard Carapaz, Robert Gesink, Vicenzo Nibali, Hugh Carthy and Thibaut Pinot.

The large leading group soon took a 2-minute lead over the peloton and kept accelerating; before reaching the first port of the day the gap exceeded 9 minutes.

At the Alto de la Desespera (2nd category), Carthy, Tao Geoghegan Hart and Davide Villela accelerated, but the rest of the breakaways gave them little margin and caught them before the top; Carapaz was the first to cross and won the port, 80 kilometers from the finish line.

The escapees remained more or less united in the following 30 kilometers, until the first climb of the day reached Alto de Piornal (1st category). Soon Higuita, Carthy and Pinot went ahead, followed at a distance by Gesink, Ellie Gesbert and Carapaz, while the rest of the escapees came within 1 minute and the peloton was 4 minutes behind.

Carapaz led the chase and before the top the group of three turned into a group of six and the Ecuadorian took the mountainous win.

The top six attacked on the descent, while behind, Joao Almeida and Marc Soler joined forces to join the rest of the escapees and the lot rolled two and a half minutes from the top of the competition.

On the second and last climb to Alto de Piornal, 13 kilometers from the top and the finish line, there were attacks from the front and the rear. Thanks to the pace set by the newly created group of favourites, the peloton pressed down and the gap with the former fugitives narrowed.

Ahead, Gesink and Gesbert attacked their four other adventure partners and soon it was Gesink who was left alone with six kilometers to go. Behind, in the group of favourites, Miguel Ángel López attacked, then Enric Mas and then Thymen Arensman, which made the illustrious join the large chase group, which was 50 seconds behind Gesink.

Leader Remco Evenepoel attacked and Enric Mas followed suit, with such power that they overtook Gesink with 1,400 meters to go. The leading trio disputed the victory; in the final 600 meters Evenepoel accelerated, Mas tried to respond, but without success, while Gesink placed third. Dressed in red, the leader crossed the finish line first, followed by the Spaniard, while the Dutchman closed the podium.

The best Colombian on the finish line was Miguel Ángel López in ninth place, 13 seconds behind the winner and more than a minute ahead of Carlos Rodríguez, so the Colombian from Astana rose to fourth place overall, now at 42 seconds off the podium.

This Friday, September 9, stage 19 of the Iberian round will be held, with another mountainous route of 138.3 kilometers starting and finishing in Talavera de la Reina, which includes two second category mountain prizes, although its finish is flat .