Vuelta al Táchira 2022 is presented and is on a countdown 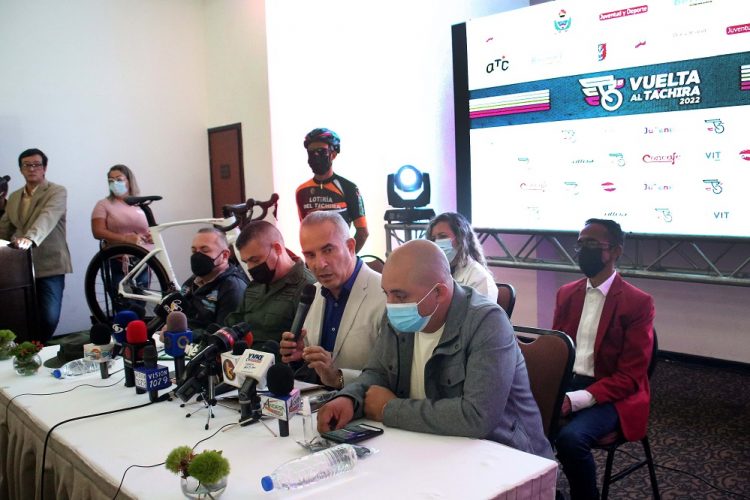 The 57th edition of the Vuelta al Táchira by Bicycle, the most important pedal competition in the country, was officially presented in society this Tuesday, January 11, at the emblematic San Cristóbal hotel, where the organizers and main players of the sport met cranks and pedals.

The sport gala served to reunite civil and military authorities, members of the Tachirense Cycling Association (ATC), former champions of the Andean tour and representatives of the media.

The prison was headed by Governor Freddy Bernal, as well as ATC President Rubén Osorio and other personalities. As the protocol indicated, the presentation began with the projection of the institutional video of the 57th edition of the Vuelta al Táchira, then the shirts that will be waiting for its protagonists were displayed, a total of eight jerseys; leader of the general, leader of points, leader of the mountain, leader of sprint, best tachirense, sub 23, leader of stage and combativeness.

The agenda advanced with the recognition of former runners of the Táchira Lottery, those men who achieved the title to the pride of the company located on Avenida Libertador; Mario Medina, Carlos Maya, Elio Villamizar, Freddy Vargas and José D Hernández, received their diploma as part of the relaunch of the oldest Lottery team on the continent.

The presentation of the Vuelta ended with words from Governor Freddy Bernal and ATC President Rubén Osorio, who assured that everything is ready for the banner of the big test in America on January 16.