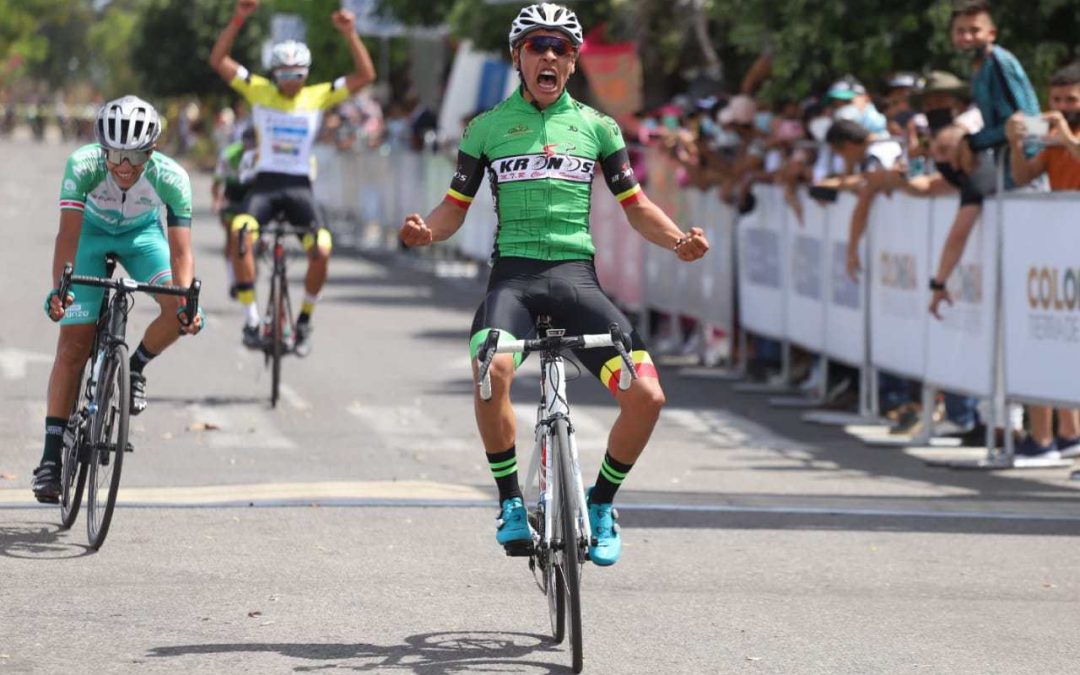 The young man from Bogotá, Juan Sebastián Ruiz (Kronos MTR) won the first stage of the Vuelta del Porvenir on Tuesday, December 15, and became the first leader of this competition.

The first day of this race was held between the capital of the department of Casanare, Yopal, and the town of Paz de Ariporo, in which the male participants covered a total of 94.5 kilometers.

In the 36th edition of this competition for the men’s youth category, Juan Sebastián crossed the finish line after 2 hours, 22 minutes and 13 seconds, beating the current champion of this test, Jeferson Ruiz (Boyacá Avanza) and Johan Porras in the packaging (Strongman bike).

With this victory, the native of the capital of the Republic took the podium to win the Orange maillot, which identifies him as the first leader of the Vuelta del Porvenir.

“I knew we have conditions for the sprint, the teacher Hernando has trained me very well, I come with a great process and I felt confident for the sprint. In the absence of 12 kilometers, a leak was formed, I was at the wheel of Johan Porras, who jumped and jumped with him, already in the last corner I entered third and I was able to win the sprint, ”explained the winner of the first fraction.

The second fraction of this race, which is held simultaneously with the Women’s Tour, will be run this Wednesday between the city of Yopal and the town of Támara, over a 90.7-kilometer route.