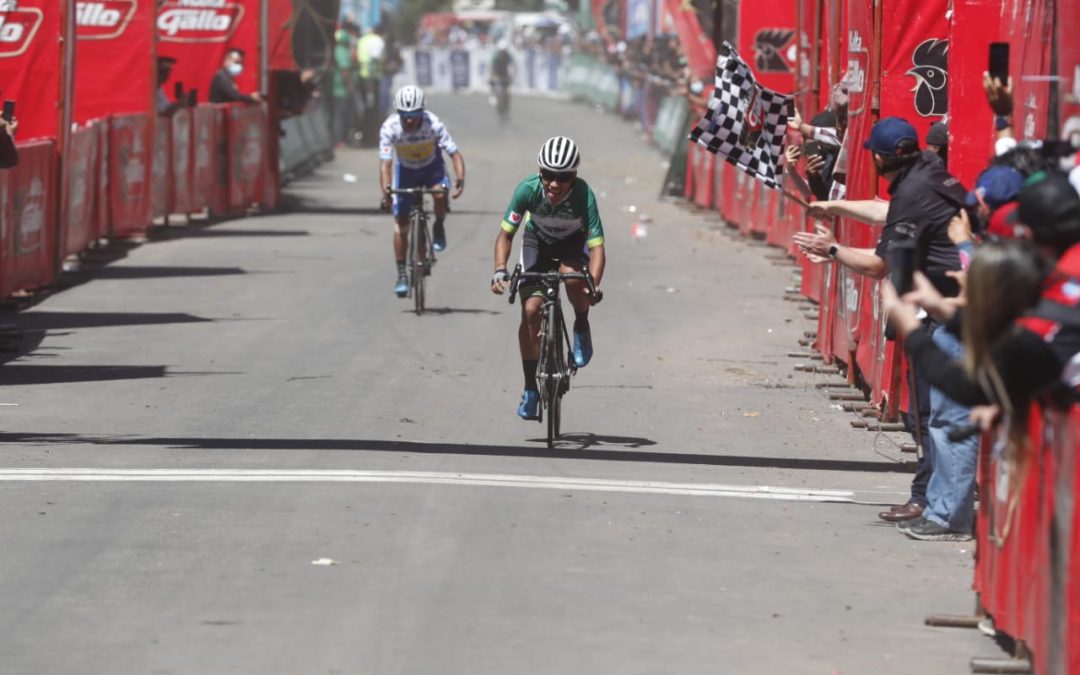 Harold Martín López, from the Ecuador Team Best PC team, won his second stage in the 60th Vuelta Ciclística a Guatemala. This time it was in Iximché, Tecpán Guatemala, Chimaltenango. Behind he left the fall he suffered in the previous stage.

The award for the Ecuadorian came this Friday after a great task in which he was guided by his teammate, the experienced Byron Guamá. In the seventh stage, López, when entering San Juan Ostuncalco, Quetzaltenango, suffered a fall because a dog crossed his path.

Even with the sporting gesture of those who led the competition, including Mardoqueo Vázquez, the youth from Ecuador, he returned to the bicycle, but did not return to the rhythm that he had brought from the start in Tejutla, San Marcos.

But the rematch was today. After an outstanding participation by Fredy Orlando Toc, from Chimaltenango-Comayma-Lina Flor, from Francisco González de Decorabaños and Gerson Toc, from Hino-One-La Red, López managed to beat them at the end of the stage in Iximché, Tecpán Guatemala, Chimaltenango .

The time for Harold López in this stage was 2 hours 43 minutes and 54 seconds, the same time for González. Ajpacajá entered 10 seconds later; Gerson Toc of Hino-One-LaRed, at 37; and Melvin Borón, from the Guatemalan Army, 1 minute 26 seconds away.

Francisco González, from Decorabaños, for the second consecutive stage entered second after losing in the final sprint. The third place went to Celso Ajpacajá, from San Marcos-Acredicom, who from the start in San Pablo La Laguna set the pace just as he did on the stage from Tejutla to Santa Catarina Ixtahuacán.

The individual general table maintains Mardoqueo Vázquez in the first position with accumulated time of 25 hours, 44 minutes and 10 seconds; Santiago Ordóñez 5 minutes and 22 seconds apart; Byron Guamá, at 7:58; Leonardo González at 11:11 and Gerson Toc, at 12:16.