VUELTA TO GUATEMALA: MANUEL RODAS WINS IN PATZÚN AND MARDOQUEO VÁSQUEZ IS THE VIRTUAL WINNER OF THE 60TH EDITION. 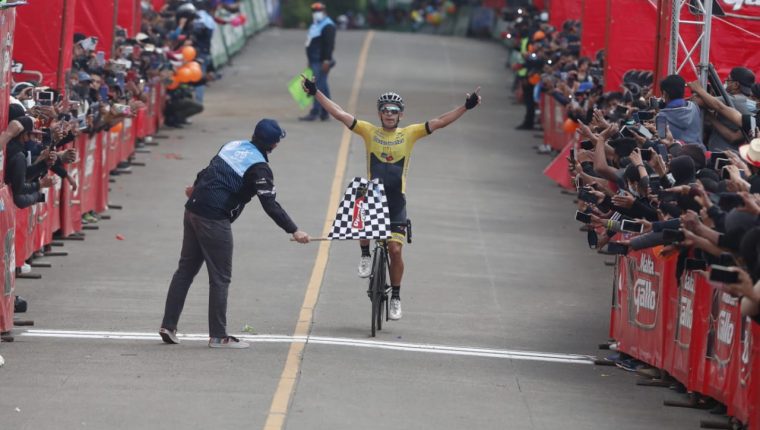 The two-time champion of the national tour won the penultimate stage of the Tour of Guatemala. This was held from Iximché, Tecpán Guatemala to Patzún, Chimaltenango. Mardoqueo Vázquez continues to lead and is the virtual champion.

The Quetzalteco, Manuel Rodas, achieved this Saturday, October 31, what his partner in Decorabaños, Francisco González, had missed in stages seven and eight of the competition: to arrive first in one of the days of the Vuelta a Guatemala.

González entered Santa Caratina Ixtahuacán, Solola, behind Mardoqueo Vázquez and in the eighth, in Iximché, Tecpán Guatemala, behind the Panamanian Harold López, who has won two stages in the current competition.

This is how this Saturday Rodas, with a coup of authority, managed to take advantage in the last 45 kilometers of competition together with the Ecuadorian, Pablo Caicideo, whom he finally beat.

Rodas finished first and timed 3 hours 30 minutes and 25 seconds. The second was Pablo Andrés Caicedo, from Ecuador Team Best PC, 23 seconds away. Third, Byron Guamá, from the same team, 2 minutes and 10 seconds and a quarter, Mardoqueo Vázquez, 2 minutes and 12 seconds.

Mardoqueo Vázquez, “Super Mardo”, entered the stage in fourth place, maintains the lead and is the virtual winner of the 60th edition of the Tour of Guatemala. Tomorrow the last stage of the competition will be run and the virtual winner is Mardoqueo Vázquez, from Hino-One-LaRed, who today remained the leader. Guamá, from Ecuador, was crowned this Saturday as mountain champion. Vasquez was second.

The final stage of the Vuelta, the ride of the champions, as they call it, will be a 105-kilometer circuit that will start and end in the “Erick Barrondo” park, zone 7, in the capital. The ten best runners to date are Mardoqueo “Super Mardo” Vázquez, the Mexican, Santiago Ordóñez, the Ecuadorian, Byron Guamá, Leonardo González, Gerson Toc, Alex Julajuj, Sergio Chumil, the canalero, Harold López, Fredy Toc and Francisco González de Decorators.