VUELTA TO THE ECUADOR: BYRON GUAMA WINS THE SECOND STAGE 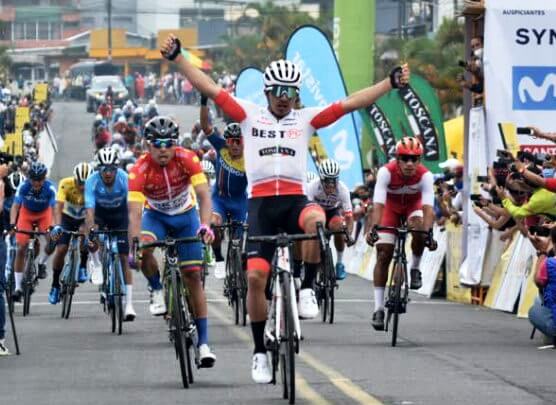 Byron Guamá from Best PC Toscana, obtained the first place in the second stage of  Vuelta Ciclística of the Ecuador.

The tour arrived in Santo Domingo in a day of intense battles with the leadership. The experienced rider achieved a time of 3 hours, 22 minutes and 1 second.

Also on the podium were Jimmy Montenegro, in second place, and Richard Huera. Both from the Ecuadorian team. Cristian Toro, winner of the first stage, remains the leader of the general classification and is the best in the Sub 23.

The competition for the mountain prizes and the Intermediate Finish also had its own protagonists.

The first prize for Mountain, second category, went to Jimmy Montenegro, from the Ecuadorian National Team. He crossed the La Humedad sector first. The second driver was Harold López. On the other hand, in the second prize, located 29.1 kilometers from the start, he had a hand in hand between Cristian Pita, from Best PC Toscana, and Jhon Pastas, from Superbota de Colombia.

With the result in the two mountain passes of the second stage, the new leader of the category is Montenegro.

Thus, the passage through Altos de Pueblo Seco was exciting. On one side of the road you could read two posters with motivational messages for cyclists. “They are all champions” and another with the phrase “Thank you Cyclists” could be seen on cardboard written with marker.

This Wednesday, November 25, the third stage of the Vuelta will be held. The delegation will travel early from Santo Domingo to leave the central park of the Machachi canton and the arrival will be in Olmedo with an auction that will be with a Second Category Mountain award. The departure will be at 11:00.