What is the substance the UCI is investigating and why would it affect Primoz Roglic? 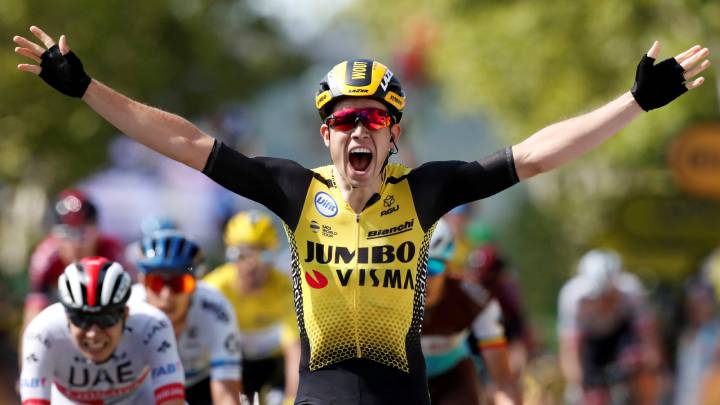 In the midst of several modifications recently made by the International Cycling Union (UCI) to the development of road cycling, alarms have been set on account of the use of a substance that serves to provide energy to cyclists and on other occasions has generated controversy .

It is about ketones, a substance that is used by several cyclists in the largest teams such as Team Ineos, but it is the Slovenian Primoz Roglic who has used it the most and from the Jumbo Visma they openly defend its use despite some criticism towards the three-time champion rider of the Tour of Spain.

The hypothetical ban on him could be seen in sports performance, but the possible attacks that he would receive would be more negative, such as in the 2019 Giro d’Italia where he was accused of alleged doping.

Ketones are molecules that the human body produces from the breakdown of fat when carbohydrates are needed at a certain point (being thirsty or hungry, for example). So, for several years now, artificial ketones have been created that are put together with flavored alcohol to make a drink.

Asker Keukendrup, Jumbo Visma nutritionist, said some time ago: “Because there is so little research available, we test them ourselves. So we do our own research. We use them mainly in competitions, all kinds of variables also play a role. That’s why I think it will be years before we know enough about how they work. “

The fact is that for now the UCI has taken action on the matter to investigate this substance more rigorously and determine with scientific arguments whether it is openly allowed or prohibited. They have recommended that teams not use it while the investigation progresses, but if teams like Ineos and Jumbo continue to consume it, they will not have problems.

“The contribution of ketones makes it possible to delay the use of carbohydrates, saving them for the end of a stage. It is an additional fuel for the muscle”, explains Jean-Jacques Menuet, doctor at Arkéa-Samsic, who, however, is not clear about what be a “harmless” solution.

“I don’t want a cyclist to tell me in ten years that his liver is destroyed. If they show me that the ingestion of ketones is totally harmless, perhaps I have a slightly more benevolent and permissive attitude,” Menuet added in statements to AFP.