Wilmarys Moreno opens with victory I Women’s Tour of Venezuela 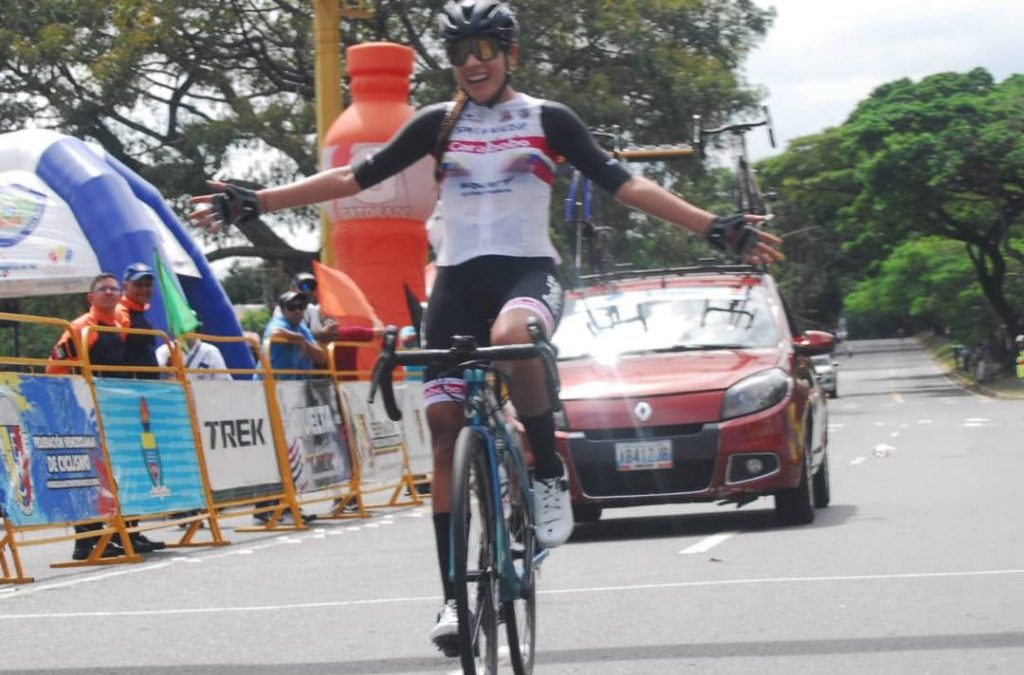 With a great performance, Wilmarys Moreno won the first stage of the Women’s Tour of Venezuela, in its first edition, with an air from Margarita, held between Fernando Figueredo and Andrés Blanco avenues (60.4 km).

Moreno from the Team Carabobo -Owlbike team, passed the sentencing line alone with a time of 1 hour, 41 minutes and 37 seconds, escorted by María Rueda (1:43’59») and Rosimber Montaño (MT) both from the Multimarcas club Miranda).

Thirty-nine riders divided into about ten teams started from the line on Fernando Figueredo avenues.

The competition that started at 10 in the morning under good weather, where the competitors at once was a fight for the intermediate prizes, four sprints, two of them bonus, between the 60 kilometers of 5.1 each ring road

Karelia Machado (Angie González Carabobo Foundation) wrote her name as the winner of the first sprint of the first edition of the Women’s Tour of Venezuela, in the second turn, escorted by Wilmarys Moreno (Team Carabobo -Owlbike) and Verónica Abreu (Team Campo Rico Save me ID Trujillo).

Wilmarys Moreno repeated in the third in the middle of the competition, escorted by her partner Angy Luna and closed this trio Rosimber Montaño (Multimarcas Miranda).

Closing Moreno with the fourth sprint of the day, at her wheel Angy Luna and María Rueda.

It was a track where Wilmarys Moreno commanded almost the entire route, always followed by Angie Luna, Karelia Machado, among others, they had differences of up to 2 minutes.

Although when they came to complete the tenth turn, Angie Luna suffered a fall, which marginalized her from the competition.

But in the absence of bypasses Wilmarys Moreno took the lead, further back the riders Rosimber Montaño and María Rueda, both from the Multimarcas Miranda team, sought to narrow the gap, which was impossible, because on the eleventh lap, Moreno fought off to increase the gap of 1’20, which he kept until the end.

with a daisy air

“I attacked in the last ring roads, where I managed to take a good lead until the end,” said the winner, who has competed for Carabobo since 2012.

“Very happy for this initiative of the Venezuelan Cycling Federation and the Women’s Cycling Commission chaired by Eliécer Rojas and Angie González. This support for women’s cycling is very important,” added Moreno, national road and track champion in 2019 and 2021; silver in the last South American and Bolivarian Games on track.

The second stage will be a circuit in Nirgua, Yaracuy state, tomorrow, Wednesday, November 30, starting at 3:00 in the afternoon with a 77-kilometer start and finish at Plaza Bolívar, with four sprints, between the 14 out of 5 ring roads, 5 kilometers.