Wilson Peña and Estefanía Herrera, monarchs in the Tour of Tolima 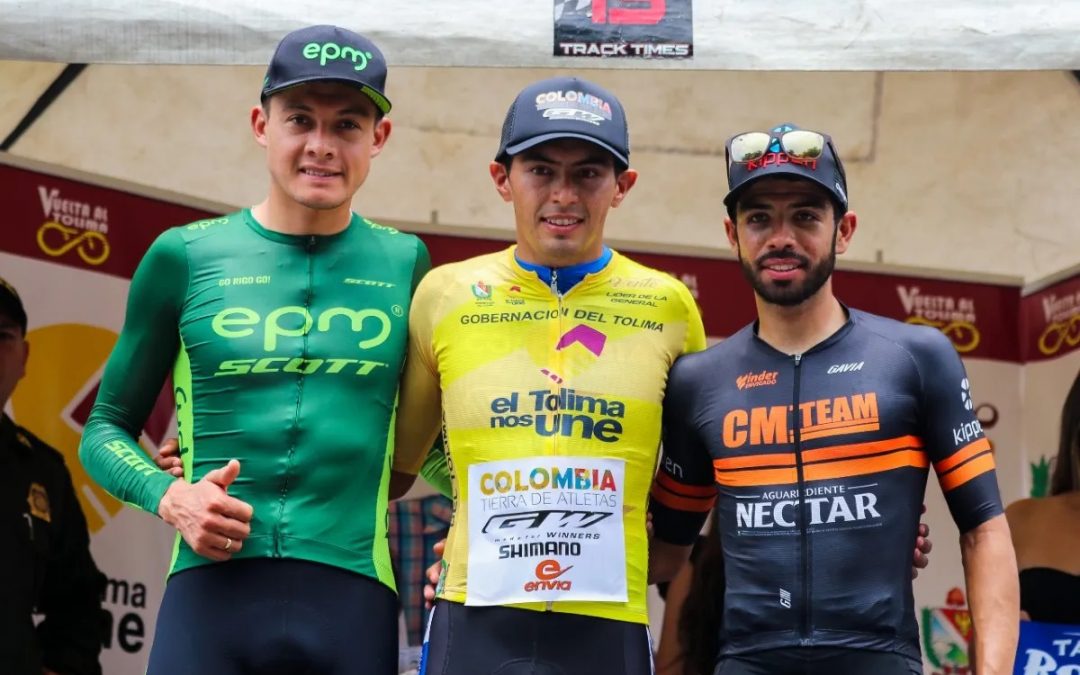 Wilson Peña (Colombia Land of Athletes GW Shimano) had no problems winning the general classification of the XX Vuelta al Tolima after the last stage held this Sunday; while Estefanía Herrera, from the same club, won the same award among the ladies, but in the seventh edition of the tour.

The Team Medellín EPM team said goodbye with the last smile of the contest, when Weimar Roldan took the victory this Sunday, played on a circuit in El Espinal over a 80-kilometer route.

The team of the yellow leader, Wilson Peña, controlled the day to prevent surprises, however, towards the end the Paisa team dominated the final pack making it 1-2. Roldan was left with the victory ahead of his teammate Brayan Sánchez (Team Medellín EPM) and Johan Cólón (Orgullo Paisa).

In the general classification, the rider from Zipaquirá Wilson Peña, took the title with solvency and without setbacks. The podium was completed by Rodrigo Conteras (EMP Scott-GO Rigo GO), who was second, and Edison Muñoz (CM Team Aguardiente Néctar), who took third place on the podium.

Peña, who took a remarkable victory in the queen stage, had the full support of a strong Colombia Tierra de Atletas-GW Shimano to win his first victory of the season, after having a great campaign last year. The next appointment on the national calendar will be in Valle de Cauca.

Among the ladies, there were no surprises

The last stage of the VII Vuelta al Tolima Femenina was defined in a sprint finish. Serika Gulumá (CM Team Aguardiente Néctar) was left with the victory of the fifth fraction in the Tolimense round played in a circuit in El Espinal over a 36-kilometer route on flat terrain.

Estefanía Herrera, from Colombia Tierra de Atletas GW Shimano, established herself as the great champion. The lot controlled the race in the final stretch, stopping attacks and leaving everything to the pack, in which Gulumá took the victory ahead of her teammate Andrea Álzate and Elizabeth Castaño (Colombia Land of Athletes GW Shimano) .

The short day, which was interesting from the beginning, was a formality for the leader Estefanía. The multiple attacks that were presented did not prosper thanks to the work of Colombia Tierra de Atletas GW Shimano and the group arrived compact without differences between the first placed.