Winners of the second stage in the Women’s and Junior Tour of San Juan: Mercedes Fadiga and Román Gorocito 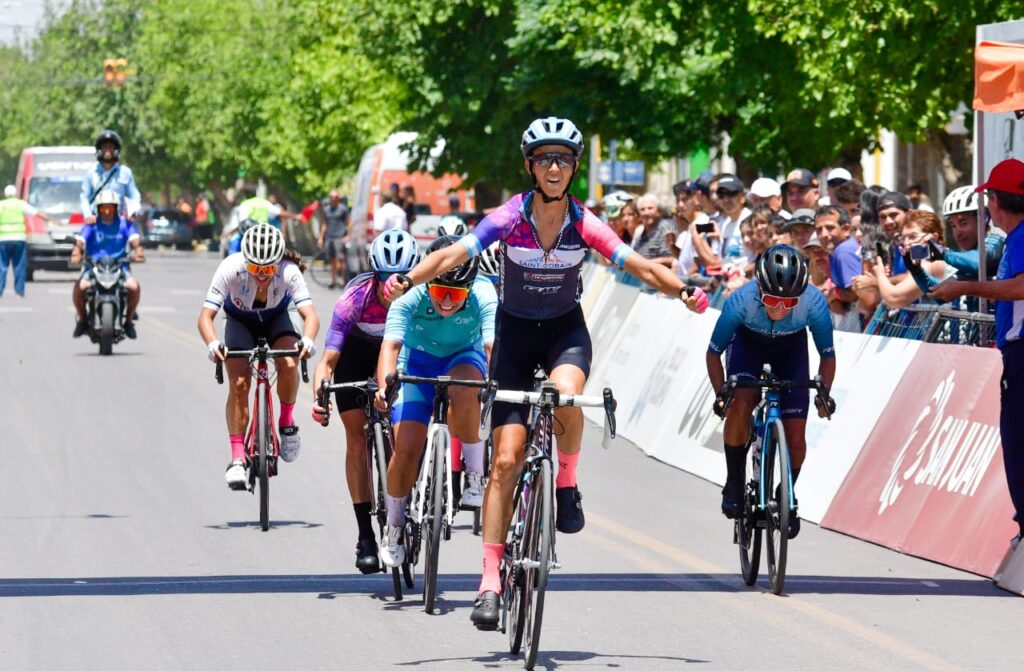 With great popular support and before the expected 39th edition of the Vuelta a San Juan, this Friday the second phase of the women’s and junior contest took place in San Juan territory, won by Mercedes Fadiga and Román Gorocito, respectively.

Mercedes “Mechi” Fadiga (Ladies Power) was left with an exhausting stage in which a lot of wind prevailed. However, the young rider was able to succeed and climb to the top of the podium, escorted by Magali Balmaceda (San Juan) and Sofia Martelli (Ladies Power).

In this way, the cyclist from San Juan Magali Balmaceda leads the general classification, followed by Mercedes Fadiga and Carolina Pérez who complete the vanguard trio and start as favorites for the last stage that will be held tomorrow, Saturday.

For his part, Román Gorocito was a winner in the fight itself, but in the youth section, with a spectacular sprint before a crowd that gathered on Aberastain and Marín de Pocito streets for the outcome of this second segment.

The route was defined in a street circuit, which saw a very attractive race with the definition favorable to the cyclist from Buenos Aires, who prevailed in the race of just over 88 kilometers against Mateo Duque, also from Buenos Aires.

With these results Facundo Ambrossi (Mendoza) leads the general classification, while second and third are Mateo Duque and Fabrizzio Crozzolo, although everything will be defined at the close of Saturday, with the third stage.