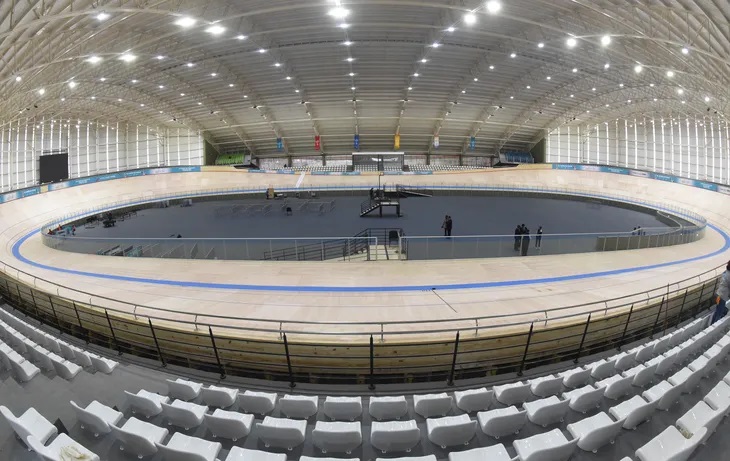 The imposing velodrome opens this Wednesday with track cycling at the Odesur 2022 Games, for which 11 delegations have confirmed their participation: Argentina, Bolivia, Brazil, Chile, Colombia, Ecuador, Paraguay, Peru, Suriname, Uruguay and Venezuela.

Finally, on Saturday the 15th, when the competitions of the XII South American Games close, Colombia will look for the golds of the masculine keirin, and madison, in both categories.

The velodrome, located on the grounds of the Paraguayan Olympic Committee (COP), was built for the 2022 Odesur Games. Its imposing structure required around 30,000 million guaraníes and will become one of the greatest legacies for Paraguayan cycling.

The velodrome was built according to the guidelines of the International Cycling Union (UCI) and at the height of the one that was the scene in Rio de Janeiro during the 2016 Olympics. The track is 250 meters long, with a maximum inclination of 42 to 43 degrees in the curves. and 11 degrees in the straight part.

With a capacity for 950 people located on the sides of the wooden track, this stage can host modalities such as omnium, madison, speed and pursuit, the latter two both individually and in teams.

Among the strongest teams to win the most medals is Colombia, which under the guidance of technicians Jaime Zuluaga and Andrés Torres, will be made up of Juliana Gaviria, Marianis Salazar, Yarli Mosquera, Valeria Cardozo, Lina Mabel Rojas in the women’s branch. , Mariana Herrera, Andrea Alzate, Elizabeth Castaño and Lina Marcela Hernández.