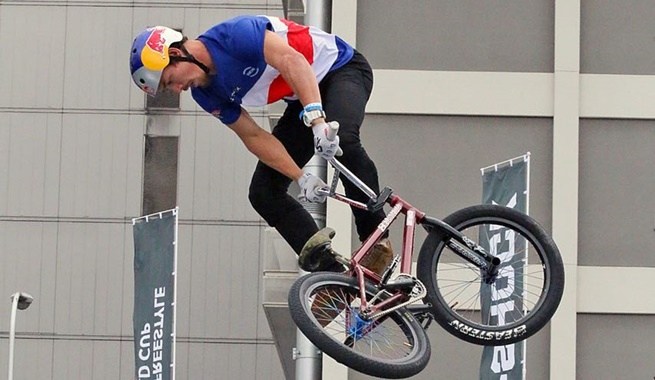 The Costa Rican Kenneth Tencio said goodbye this Sunday to the finals of the BMX Freestyle World Championship that takes place in Montpellier, France, after suffering a fall and receiving a score of 81.16 points, valid for the 15th place overall in the competition.

Although Tencio was an important bet on the podium, America still has seven survivors, all from the United States (4 women and 3 men) for the decisive round on Monday, June 7, when they also close the points for the Olympic qualification towards Tokyo. Venezuelan Daniel Dhers also did not slip into the final round and finished in 17th place.

“I am satisfied with what I gave, the truth was I broke my expectations, I did many things that I doubted a lot, it was the stage I needed to dare to perform the tricks. I think that by giving and demonstrating a fall came that definitely resulted in losing points avoiding going to the final, ”said the Tico cyclist to the accredited media in the universal fight.

“If it weren’t for that setback, I would be telling another story, but this sport is highly prone to mistakes. My focus is Tokyo, here I came to let go, to show myself how daring I am and I did it, that’s why I’m not unmotivated, on the contrary, we are going strong to the other competition in the Olympic Games ”, Tencio mentioned.

This was the third world championship for the Carthaginian, who saves as his best position the silver he obtained in the fair disputed in Chengdu, China, on November 11, 2018. He will return to Costa Rica to continue training at his track located in Jacó, waiting for his departure to the Japanese capital.

Regarding the Parisian event, also known as the world urban cycling championship, the Northerners who will fight for a podium are Justin Dowell (No. 2 in the UCI World Ranking), Nicholas Bruce (3) and Daniel Sandoval (7) among the men; and Hannah Roberts (1), Perry Benegas (4) and Chelsea Wolfe (8) and Angie Marino (12).

A total of nine female and male athletes will seek to make history in BMX Freestyle, in the Park mode, in Tokyo 2020, when the sport makes its Olympic debut.