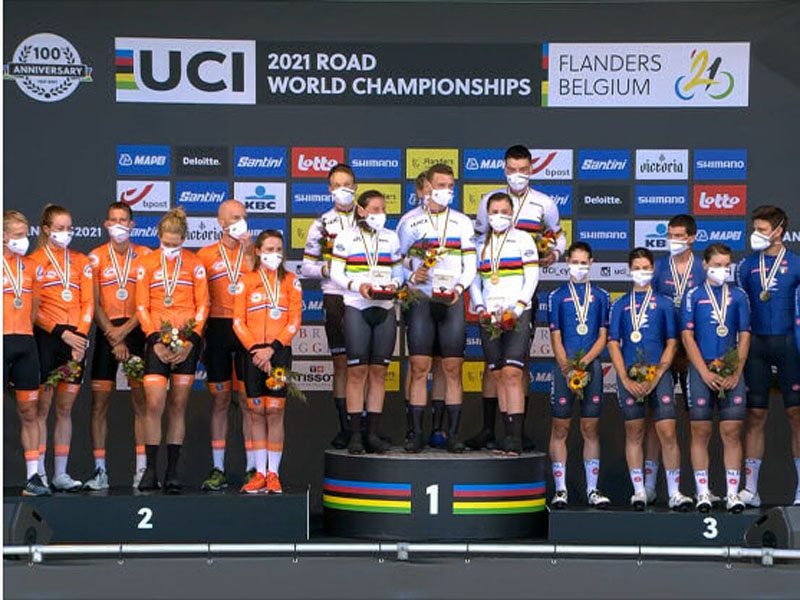 The German team, with Tony Martín in the team, was proclaimed this Wednesday champion of the mixed relay team time trial by prevailing in the 44.5-kilometer test, starting in Knokke-Heist and arrival in Bruges, of the World Championship of Road Cycling in Flanders, Belgium.

Germany prevailed with a time of 50 minutes, 49 seconds and a 13-second lead over the runner-up Netherlands. With which the positions of the debut of the test in the World Cup program in 2019 were reversed.

Italy anchored third, beating Switzerland by only 5 hundredths, while for America the United States played the best task with eighth place at 2:10 minutes from the German team, composed in addition to Martin by Lisa Brennauer, Lisa Klein, Mieke Kröger , Niklal Arndt and Max Waldcheid.

It was the best farewell for one of the greats of the specialty in history, a Tony Martin who adds this title to the four of the individual test and this medal to which of this race in 2019 and the seven achieved in the solo test .

Along with those of the farewell as champion of Martin, the most exciting moments of the race were those of the entry into the finish line of Italy leaving the powerful Switzerland without a medal with a sigh.

The test was divided into three blocks. The first two of four teams and the third, with the top favorites of five. In the first, Spain came second, only surpassing the World Cycling Center team, made up of riders from up to six different countries, and Austria.