Xavier Quevedo reigned in the fifth stage, Luis Gómez is still in yellow 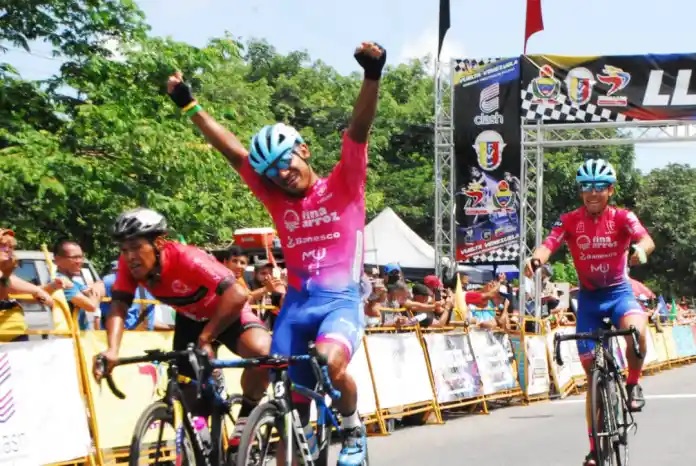 The local cyclist Xavier Quevedo (Fina Arroz-Venezuela País de Futuro) has won the fifth stage of the 58th edition of the Tour of Venezuela, a 120-kilometer day held on a 12-kilometer circuit with departure and arrival in the town de Araure, in the Portuguese state.

After completing 10 laps of the circuit, with a time of 2 hours, 29 minutes and 39 seconds (48.41 km / h), the former national road champion prevailed in a sprint to three ahead of his compatriots Davirson Molina (Revivir Team -Produgar Caracas) and César Sanabria (Fina Arroz-Venezuela País de Futuro), second and third respectively.

Quevedo was reiterative in the sense of being super happy for the victory, he thanked his sponsor “Venezuela country of the future”, the federative entity and all who make this event possible. He did not hesitate to classify the stage as quite hard, suffering, and highlighted the escape from beginning to end.

“I deserved the triumph, thanks to Father God, I am a man of faith, last night I talked with him, I asked him a lot, and today he has given me this victory, which fills me with great joy, because after two years of absence, today I triumphed here in Acarigua, in the fifth stage. An achievement, a hope that if I can, that I still have what, I am speechless. We are with the greatest motivation, to continue fighting in the remainder of the Vuelta to go in search of better positions ”, he declared to the page of the Venezuelan Cycling Federation.

Colombian Julio Tabares (Strong Cycling del Valle) remains the best beetle and under-23 of the Venezuelan round, which has three days and 420 kilometers to beat.

Also Venezuelan Luis Gómez (Team Carabobo), who donned the leader’s yellow jersey after achieving victory in the first stage, remained one more day at the head of the individual general classification of the event.

At 10 in the morning will be the departure of the sixth stage in front of the Mayor’s Office of San Felipe and final in front of the Mayor’s Office of Cagua, Aragua state, a piece of land where the two-time champion of the Tour of Venezuela saw the first light of day and five times runner-up in the Tour of Táchira by Bicycle, Nicolás Reidtler. The route of the stage, according to the route meter of the Vuelta is 199 kilometers.

In the long route there will be the dispute of four sprints and a category C mountain award.