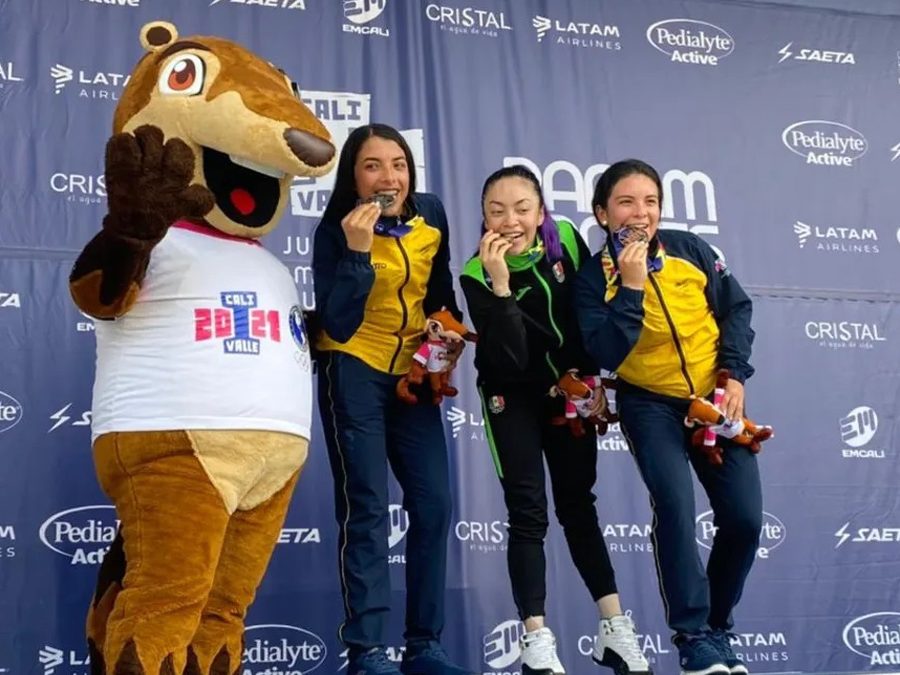 Mexican rider Yareli Acevedo was crowned champion in women’s road cycling at the I Junior Pan American Games, after successfully overcoming the 75-kilometer route between Guadalajara de Buga and the town of Havana.

In a big way, Acevedo was combative and never won despite the obstacles. She knew how to assert that condition of being born to be a winner and she demonstrated it this Thursday in Colombia, when she won with category in the last test for the ladies and she thus obtained the ticket for the Pan American Games in Santiago de Chile 2023.

In a course with constant swings, the 20-year-old Mexican knew how to play her cards on the finish to take a spectacular sprint victory ahead of the Colombians Erika Botero and Elizabeth Castaño, who had to settle for the silver and bronze medals respectively.

Her tenacity, bravery and courage led her to overcome it all. She climbed to the top of the podium in the queen of cycling, the road, and also did it for the second time since she also in Madison on the track she got the gold medal.

The cyclist, trained by Edmundo Alpízar, is the greatest figure of this sport in Mexico in this tournament, adding those two golds and three silvers in the individual time trial, team pursuit and the omnium.

“I take five medals from these Junior Pan American Games, I am very happy with all the work of Mexico, the Staff, my coaches, with my parents who always support me and with all of Mexico that always sends its best vibes,” Acevedo told the media after winning the gold medal.

On her side, the Antioquenian rider Erika Botero gave her impressions after being surprised by the Mexican. “We took two medals home a bit without flavor for losing the gold medal, but they are race situations that we have to know how to face and well, happy with the result,” said the Colnago CM Team rider.