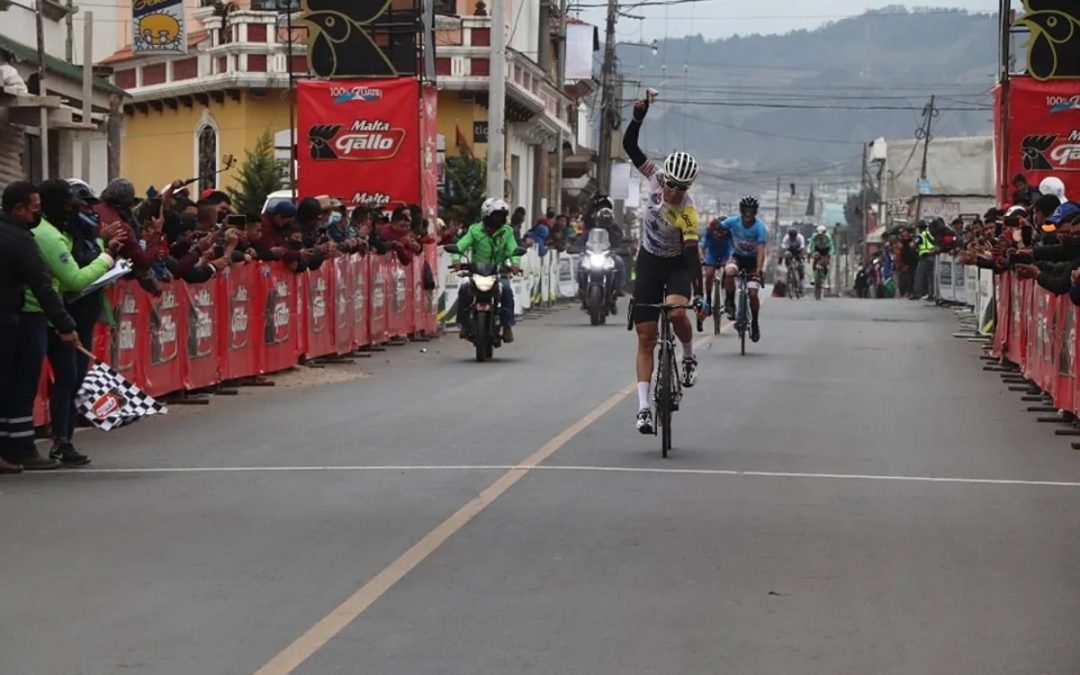 The Tour for Just Peace in Guatemala ended with a Colombian flavor. Yecid Sierra took the victory in the last stage in the municipality of Patzicía. While Óscar Pachón from Santander was confirmed first in the general classification by entering second in the stage.

The Iowa Latino-Bicicletas Addict team dominated the event from start to finish, and ratified their hegemony by winning the last day. The Colombian team finished with the 1-2-of the day and also the 1-2-3 of the general.

The protagonist of the day was the Costa Rican Sergio Arias from El Colono Construcción – BikeStation, who animated the last day. The Costa Rican rider from Parabrisas Morales-Tele Uno starred for many kilometers in the solo escape, although in some part of the race he was accompanied by a group of seven cyclists.

At the end, the Colombians managed to take off a few meters to make it 1-2 and close the Guatemalan race with a flourish, dominated for the second consecutive year by the beetles. Óscar Pachón, from Cundinamarca, succeeds Cristian Cubides, winner of last year, in the title.

The title of the 2022 edition of the Tour for La Paz Justa de Guatemala went to Colombia thanks to the pedaling of Oscar Pachón from Iowa Latino, who had a great closing of the competition and it was impossible for them to snatch the leader’s shirt, rather his team swept and made the one, two, three of the general.

«First of all, thank God and my colleagues, our sponsors for believing in us and giving us the opportunity to be here; also to the organizer of the Tour, for the invitation and very happy, very happy and not only for the title but for the way we finished today, we did not expect such a beautiful result that we have had today, “said the champion .

«It was a difficult stage, a circuit that was quite broken and windy, the boys have done a very good job, the escape was gone and we thought that the escape was coming, we had no interest in going through the stage but in the end it was very hard because of the wind and the last climb was super fast and we ended up being in the stage dispute»; he explained it.