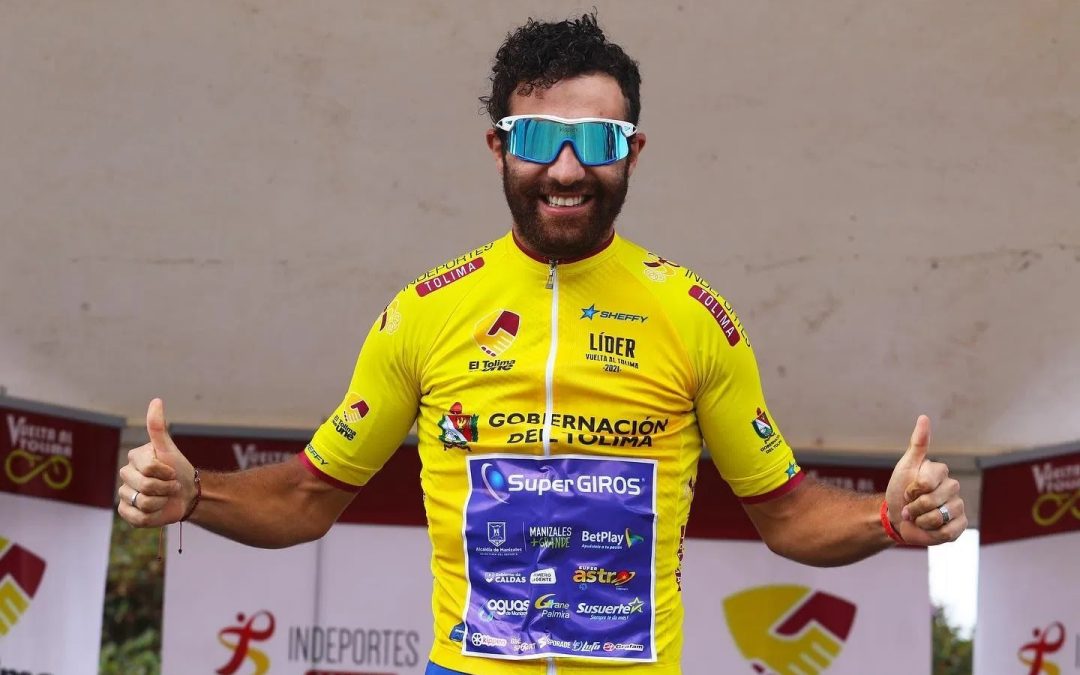 Yeison Rincón (SuperGIROS Alcaldía de Manizales) was crowned champion of the 2021 edition of the Vuelta al Tolima, which ended this Sunday with a demanding 40-kilometer journey that took place between the Alto de Venadillo and the Entrance of Santa Isabel, in which Germán Chaves (EPM Scott) took the victory.

Rincón, who the previous day triumphed in the queen stage in Murillo, managed to keep his privileged position on the final day, entering the finish line third on Sunday. The Caldense climbed to the first step of the final podium, beating Darwin Atapuma (Colombia Tierra de Atletas-GW) by 17 seconds and Germán Chaves (EPM Scott) by 24 seconds, who with his categorical victory, qualified in third position .

Germán Chaves (EPM Scott) reached the goal alone in the closing stage, to stay with a great victory, beating his teammate Aldemar Reyes who was second by three seconds and the champion Yeison Rincón (SuperGIROS Alcaldía de Manizales) who occupied the third position at 1 minute 34 seconds.

“I am very happy for this title, it is the result of all the sponsors who continue to support us, after a difficult year. It was a complicated stage, we knew how to handle it with intelligence, “said champion Yeison Rincón.

For her part, Lilibeth Chacón (Merquimia Proyecta) won this Sunday the final stage of the Vuelta al Tolima, disputed between Alto de Venadillo and La Entrada de Santa Isabel, over a distance of 40 kilometers and was crowned champion of the 2021 edition of the female round from Tolima.

The Venezuelan climber, a member of the Merquimia Proyecta team, who triumphed in three stages of this test. In the final stage, she beat Catalina Gómez (SuperGIROS Alcaldía de Manizales) by ten seconds and Erika Botero (Colnago CM Team) by 45 seconds.

“I am very happy, I have been looking for this victory for a long time and in the end it happens. It was a very sought after stage, my bike broke at 4 kilometers, but thank God I had the spare one ”, said Lilibeth Chacón after obtaining the victory and the title.