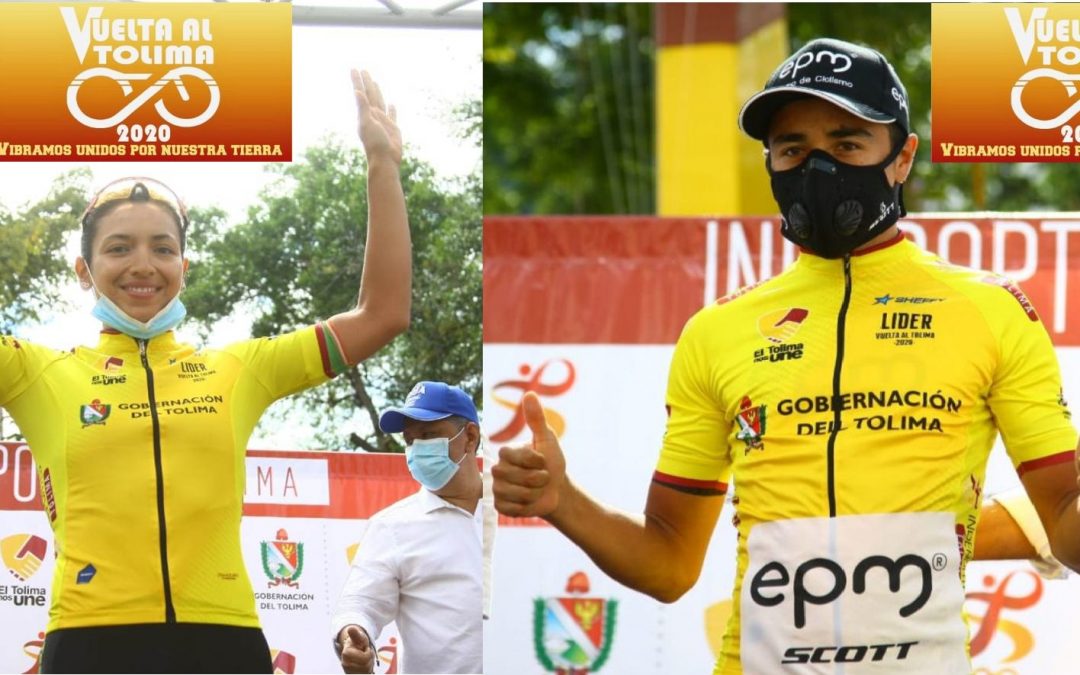 With suspense and a tight definition, Yenifer Ducuara (Merquimia Proyecta) was crowned champion of the 2020 edition of the Vuelta al Tolima, which concluded with a circuit in Ibagué, which was won by Andrea Álzate (Colnago CM Team).

The great attraction of this fraction was the spectacular duel that was fought for the title, between Yenifer Ducuara and Andrea Álzate, who left this Sunday morning 18 seconds apart in the general classification. The runner from Antioquia, who won the bonus sprints of the day, put Ducuara in check, who with great wisdom knew how to dose energy, ran with intelligence and was finally crowned champion for only two seconds.

At the finish line, Andrea Álzate took the victory to the sprint, beating Milena Salcedo (Colombia Tierra de Atletas-GW) who was second and the champion Yenifer Ducuara (Merquimia Proyecta) who with her third position ascended to the top of the podium .

In the men’s sector Aldemar Reyes (EPM Scott) became champion of the 2020 edition of the Vuelta al Tolima, which culminated successfully this Sunday in the city of Ibagué, with a circuit that was won by the runner Nelson Soto (Colombia Tierra de Athletes – GW).

Competition that opened the competitive path for national cycling, after an extensive seven-month period due to the COVID-19 pandemic, demonstrating that Colombian cycling is prepared to comply with the protocols and safeguard the integrity of participants and the public.

Reyes, who from the first day assumed the leadership of the test with his partial victory, managed to maintain the leadership until the end showing great strength throughout the test and ascended to the first step of the podium, in which he was accompanied by Didier Merchán ( Colombia Tierra de Atletas-GW) and Oscar Pachón (Sundark Arawak) who were second and third.

In the final packaging of this closing day that was completed over 103 kilometers with a circuit in Ibagué, Soto brought out his great experience and imposed himself with authority over Juan Pablo Restrepo (UAE Team Colombia) and the champion Aldemar Reyes (EPM Scott ) who did not want to leave doubts about his great strength and crossed the finish line in third position.