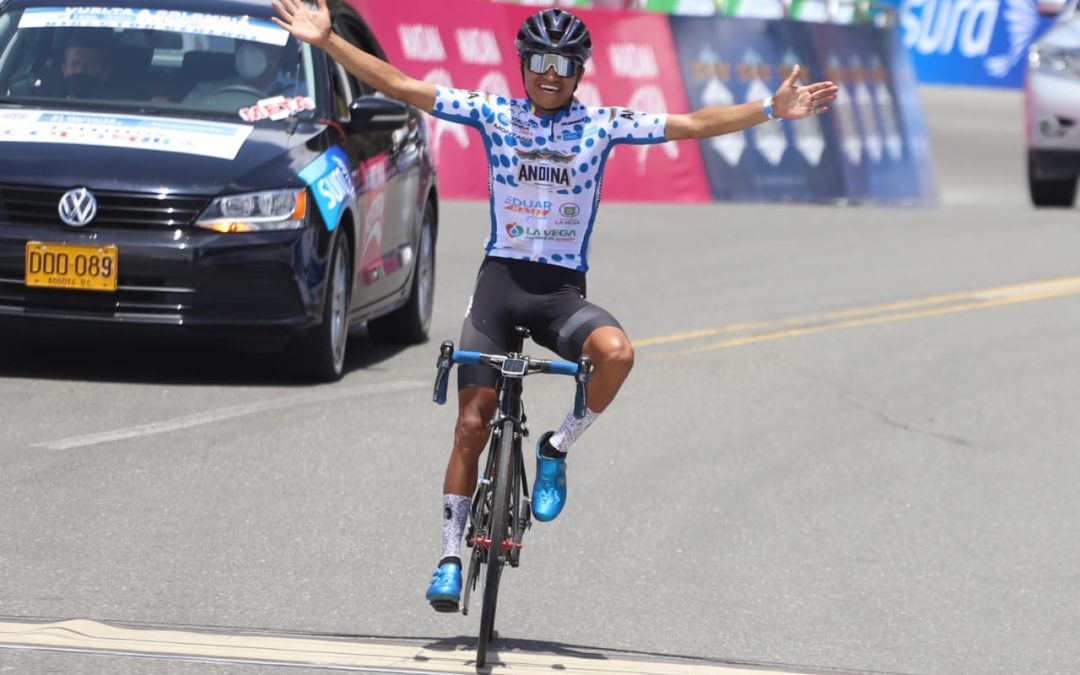 Yesid Pira (Alcaldia La Vega) won a spectacular solo victory this Tuesday in the fourth stage of the Vuelta a Colombia, disputed over 122 kilometers between Ibagué and Alto de La Línea. The sensational climber from Boyacá became the new leader of the national round.

Pira that in the last seven kilometers of climbing to Alto de La Línea executed a brutal attack on his rivals who could not respond to his onslaught, managed to stay ahead of the competition with a strong and constant rhythm to celebrate an impeccable victory in the legendary port Colombian, to which he arrived first, becoming the general leader, Sub 23 and of the mountain, as well as the best rookie of the race.

The second position at the finish line at one minute went to Juan Pablo Suárez (EPM Scott) who entered directly into the race for the race, before a great performance from his team. While José Tito Hernández (Team Medellín) of great prominence in the climb, arrived third at one minute seven seconds behind Yesid Pira, who writes his name among the illustrious who have triumphed in the mythical Alto de La Línea.

Riders Jaime Chacón (Colnago CM Team), Adrián Bustamante (EPM Scott), Pedro Herrera (EBSA), Cristian Talero (Herrera Sport), Diego Benavides and Robinson Ortega (Sundark Arawak) were part of the great getaway of the day. Runners who rolled at the top of the race until the ascent to Alto del Perico, where due to the multiple attacks and the high rhythm they disintegrated.

Diego Benavides (Sundark Arawak) was the only great survivor of the escape. The young Putumayense climber was joined in the climb to Alto del Tigre, by Germán Chaves (EPM Scott), a runner who would increase the pace in the first part of the climb to La Línea, putting Benavides in trouble, who entered the last of the group.

In the first kilometers of climbing to Alto de La Línea, Chaves, he marched on the tip alone and later he would find company in Robinson Chalapud (Team Medellín) and Fredy Montaña (EPM Scott), runners who seemed to take a little difference and forced the group from big favorites to work to cut the difference.

The pursuit of the leading trio was carried out with full determination by Colombia Tierra de Atletas-GW, a team that imposed a relentless rhythm, which generated the lag of a significant number of its rivals and made it possible to connect over the leaders in the last eight kilometers climbing.

With the small group of compact tip, Yesid Pira (Mayor of La Vega) decided to execute a brutal acceleration of seven kilometers from the finish line, leaving on the way the most slender contenders in the title dispute, among them Oscar Sevilla who he had a day of great suffering and lost important time at the finish line.

A new high finish awaits the riders this Wednesday in the fifth stage of the Vuelta, a 146-kilometer stage that starts in Armenia and ends in a second-class port in the town of Belalcázar. High demand day in which again the leading role of the favorites for the title of the test is expected.