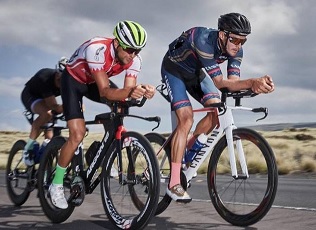 GUADALAJARA MEXICO. Starting this Tuesday, Guadalajara will receive the visit of the best youth cyclists in the Americas. All this thanks to the presence of the Pan American Junior Track Cycling Championships and Route 2019, which will be held from 2 to 5 July at the premises of Pan American Velodrome, which is located at the Sports Whereabouts.

In addition, on the 6th and 7th of this month, the circuit test will be done on the Vallarta Avenue route.

The activities will start on Tuesday July 2 at 10:00 am with testing team pursuit qualifying in both branches, to make way for the qualifying team sprint competitions, both men’s and women’s.

In the afternoon the official protocol of inauguration and, later, the final of the modalities mentioned above, as well as their respective awards ceremonies will be held.

On Wednesday 3 will be disputed the tests of omnium, keirin, individual pursuit and until reaching the quarterfinals of individual speed.

On Thursday, July 4 will be the kilometer against clock, speed, Omnium and individual pursuit.

On Friday 5, the last day of track activities, speed events will be developed, keirin, points race, 500 meters against the clock and Madison.

On Saturday 6 at 9:00 am the competition against individual clock will be played at the Vallarta Avenue circuit.

Finally, on Sunday, July 7 at 9:00 am, the road tests will be carried out, concluding the championship with the award of the same at 2:30 pm.