Yuli Verdugo wears silver at the closing of the Nations Cup 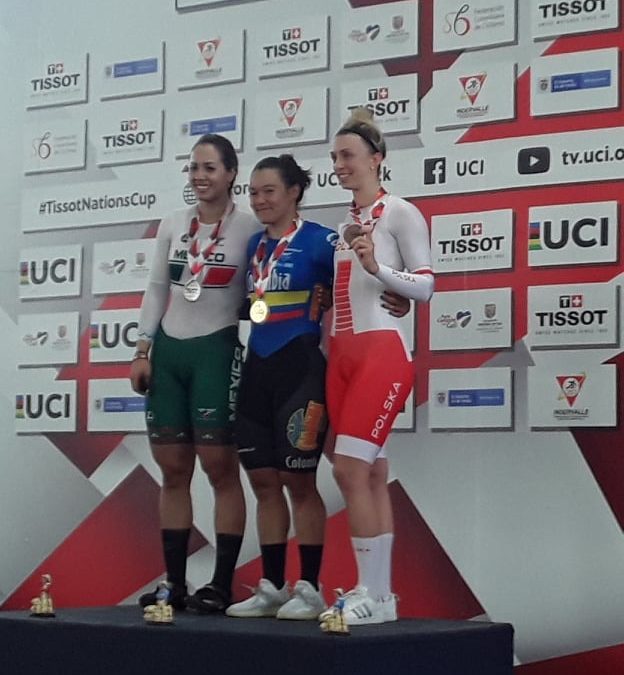 The last day of the Track Cycling Nations Cup in Cali, Colombia, ended with another medal for Mexico, now with the Olympic sprinter Yuli Verdugo, who got it in the keirin test, where she was only surpassed by the local Martha Bayona , while the Polish Urszula Los completed the podium with bronze.

Yuli came out with the thorn nailed by her disqualification from the individual speed final that relegated her to fourth place and took sporting revenge, with the advice of coach Enrique Gustavo Caraballo, focused on the duel with the Colombian, who only beat her for less of a quarter wheel.

The cyclist Yareli Acevedo was undoubtedly the most outstanding cyclist in the Nations Cup that took place in Colombia, when she won the gold medal in the Elimination test. In the knights, the bronze in team pursuit of Ricardo Peña, Ramón Muñiz, Tomas Aguirre and Fabrizio Martínez stands out.

In more positive results, Ramón Muñiz obtained fourth place in the Elimination race and fifth in Madison with Ricardo Peña, who obtained the same position in the omnium. This same was obtained by Francisco Contreras, Ridley Malo and Ismael Verdugo in team speed.