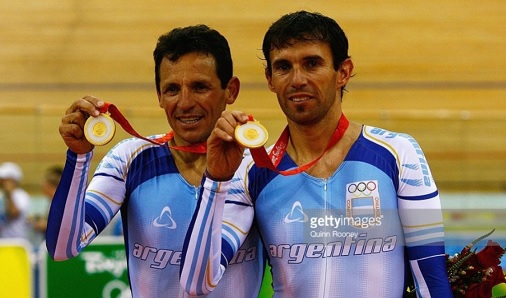 BUENOS AIRES. On August 19, 2008, Walter Pérez and Juan Curuchet made history for Argentine cycling and managed to win gold at the Beijing Olympic Games.

Eleven years passed from the historic gold medal won by the duo ‘albiceleste’, which won the first Olympic medal coming from cycling. It was, more precisely, from the track, after a very hard test of 50 kilometers in the missing Madison.

In the Laoshan Velodrome, the South American binomial had to face some such Mark Cavendish and Bradley Wiggins, the Belgians Iljo Keisse and Kenny de Ketele, the Russians Mikhail Ignatiev and Alexey Markov, or the Spanish couple formed by Joan Llaneras and Antonio Tauler.

Young Walter and the experienced Curuchet, who said goodbye to the world of bicycles at age 43, proposed a very smart strategy to try to give a joy to his countrymen, those who got up early with an unforgettable performance.

So it was. Because after the second of the ten packages arranged, the Argentines took a lap of advantage, went to the front of the standings and endured in the vanguard until closing, despite the final attacks of Spain, Russia or Belgium.

Without adding too many points in the packaging, the Argentine cyclists dedicated themselves to retaining their advantage and the 8 units achieved earned them the gold medal for only one point over the Spaniards and two over the Russians, the other two selections that also they took the rest. (arciclismo.com.ar)