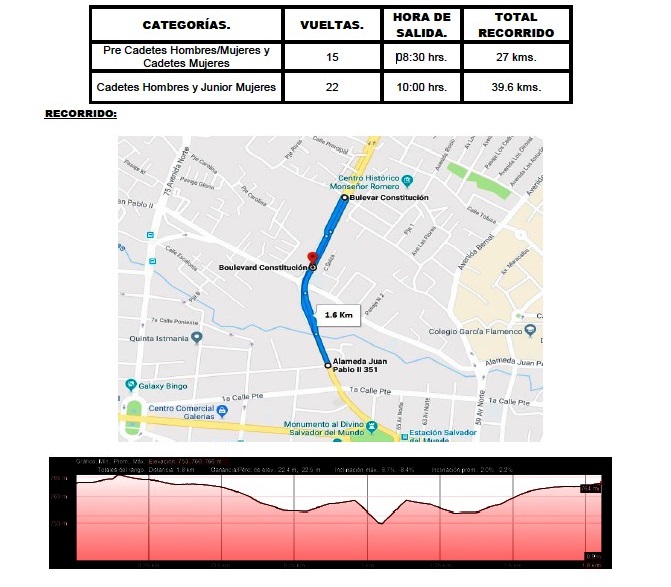 SAN SALVADOR. This year the III Edition of the Future Tour will be held from December 6 to 9, with the participation of runners from Costa Rica, Honduras, Guatemala and El Salvador.

The third edition of La Vuelta Futuro will be held in three stages, starting with a road test on Friday, December 7 in the area of ​​La Nueva Concepción Chalatenango. The second stage will be held on Saturday, December 8, at the El Jabalí racetrack, and closes on Sunday, December 9, in San Salvador, in a scenario that has yet to be defined.

The Future Tour will have the categories, Cadets and Pre Cadets in both female and male, and a female Junior category.

In relation to the third stage, the FSC presents the following explanatory note:

“To date, authorization has been requested from the corresponding authorities for this stage to take place in the vicinity of the commercial center called” Metrocentro “located in the city of San Salvador, but so far no response letter has been received and therefore Below are 2 circuits that could be used for the development of this stage; for which the organizer reserves the right to designate any of them, once there is a response from the Vice Ministry of Transportation. ” (Press F.S.C)