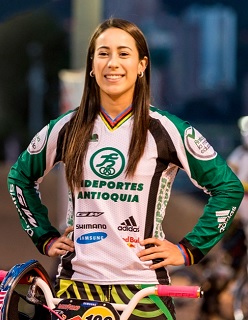 BOGOTÁ. The welcome to the first champion of the Tour de France framed a historic day for national sport and for the country. Egan Arley Bernal Gómez, at 22, generated an unprecedented impact for Zipaquirá, his home, his population, his crib, his place in the world. Never before, the municipality that borders the capital of the country, had lived a day so shocking and full of revelry in the middle of a date that will also be remembered forever: August 7 in the framework of the bicentennial of national independence.

With his historic consecration, Egan managed to mix high-impact events in a short time. Since July 28, the day that his conquest was consumed, the cundinamarquis that erected as the first Latin American champion of the Tour, being the youngest to arrive in Paris dressed in yellow, winning the Jaune Jersey in its 100 years of history, and delivering it to the country through the Colombian Cycling Federation, at the head of its president Jorge Ovidio González, as part of the celebration of the 200 years of the battle of the Boyacá Bridge.

In his speech, the champion sent a message of hope for the Colombian people, based on the difficulties of his childhood to get ahead and fulfill his dreams. “I am from a humble family, I come from a very nice neighborhood but with difficulties and still I could get ahead and be champion of a Tour de France, something that nobody would have thought at that time. If I could, you can too. I am proud to be Colombian, cundinamarqués and especially Zipaquireño, ”said the prodigal son, who at his reception provided a space to share with the whole country and his native Zipaquirá, with an open field press conference in the Plaza de los Comuneros .

There they waited for him emblematic personalities of the pedal sport like José Patrocinio Jiménez, Martín Emilio ‘Cochise’ Rodríguez, Lucho Herrera, Fabio Parra, Mauricio Soler, Oliverio Cárdenas and his countryman, Efraín ‘El Indomable Zipa’ Forero, manager of the Colombian cycling in times in which only he, with a bicycle, was able to challenge the summits of the national geography to found the Tour of Colombia.

In the front row were also present his relatives, friends, members of the Colombian Cycling Federation, leagues of the country, the Minister of Sport, Ernesto Lucena, the young champion of the U-23 Tour of Italy, Camilo Ardila, his first coach Fabio Rodríguez , his MTB coach Jhon Sergio Avellaneda and special guests from his immediate surroundings who vibrated with the media throughout the country, the world and more than 10,000 people stationed on the side and side of the Plaza de los Comuneros.

The yellow shirt arrived in the country to stay and will be, along with that of Victor Hugo Peña (partially achieved in 2003) at the facilities of the Colombian Cycling Federation, a treasure of unmatched emotional and historical value. (Fedeciclismo Colombia)