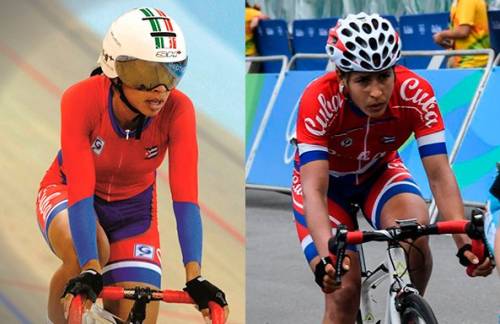 HAVANA. The update of the world ranking of cycling this Sunday returned to leave two important news for Cuba: Arlenis Sierra and Marlies Mejías lead the route and the individual persecution of Latin America, with places 12 and 13, respectively, which complements the election of both between The 10 best athletes in Cuba in 2018.

Sierra, who competes with the club Astana Arlans, adds 958 points in the season, with his biggest prizes in the Tour of Guangxi, China, where he was elevated leader of the general classification; and in the Pan-American route contest, when he ratified his scepter. Also, podiums in races in the United States, France and Italy; and place 27 in the world championship complete their performance.

By nations, Cuba marched thirteenth on the route with 1383 tickets, compiling what was done by Arlenis, Marlies, Yudelmis Domínguez, Iraida García and Claudia Baró. Only the United States (third with 3627) surpasses it in America, since Mexico (22), Colombia (27) and Brazil (40) are behind in the list of December.

As for the Artemiseña Marlies, its seat of privilege in the 3 thousand kilometers chase with 740 lines, it obeys its gold in the Central American and Caribbean Games of Barranquilla and the silver in the continental track championship last August.

In other events within a velodrome, the ranking of the orb shows Mandra Lisandra Guerra in step 26 of the 500 meters against the clock, a specialty in which the young Mirta Garcia appears in the post 33. Both, in team speed, place to Cuba on the 27th scale. Finally, the locations 38 in the scratch and 46 in the points race of Marlies own close the best performances of Cuban cycling in 2018.

And since the year is ending and it has been a claim of the fans the return of the Cycling Tour to Cuba, we knew unofficially that the tour plans to resume from February 21 to March 3, although the advances of the stages and visiting teams We will have later. (Joel García / trabajadores.cu)