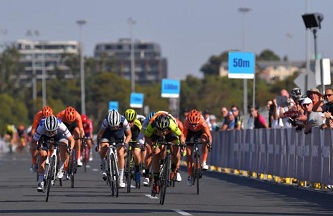 HAVANA. The best Cuban rider of the moment, Arlenis Sierra, finished in third overall at the Towards Zero Race Melbourne, a race disputed over 63 kilometers on a fast track in that Australian city.

Sierra, 26 years old and leader of the Astana Womens Team, scored three of the five sprints of the race, including the fourth, in which she won.

The several times Pan American champion was also sixth in the second and fourth in the last in the final goal, to add a total of 31 points, enough for the third place overall, only surpassed by Lotta Paulina Lepisto (Trek Segafredo, winner with 58) and Chloe Hosking (Ale Cipollini).

The event was held in a Formula 1 circuit and the cyclists and winning teams were the ones who scored the most points in the sum of the sprints.

Among the competing riders was also Cuban Heidy Praderas (20 years old), debutant this season with Astana.