CANCELED THE TOUR OF ECUADOR AS A CONSEQUENCE OF PROTESTS 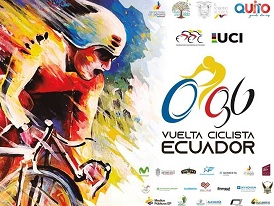 QUITO Ecuador was left without the XXXVI Cycling Tour because the demonstrations are maintained, which broke out following the elimination of the fuel subsidy, said Oswaldo Hidalgo, president of the Ecuadorian Cycling Federation (FEC), on Sunday.

“Unfortunately the events already announced for next week (more protests), lead us to make this decision to suspend the Tour,” Hildago told Efe.

The manager said that he planned to start the Vuelta with the dispute of the fourth stage next Tuesday, but that “as the demonstrations will continue and, as this will not be resolved from here until Tuesday, I think it is the best decision to suspend it , to end this uncertainty. “

Suspended the first, second and third stage, scheduled for Saturday, Sunday and Monday, the director said that “there were the five minimum stages required by the regulation”, which went between next Tuesday and Saturday through cities in the Sierra region, where They keep the demonstrations.

Hidalgo insisted that all efforts have been exhausted for the Vuelta to be disputed, and that a UCI (International Cycling Union) of France, and a curator-director, of Cuban nationality, are still in Ecuador, so Everything was ready for the competition.

“The International Tour awards UCI points, so it was very convenient for Ecuador since, according to the points won in the Tour, the ranks in the ICU could be improved to win more seats for the Olympic Games (Tokyo 2020)” , he said.

Hidalgo said that they carry out procedures with the travel agencies so that foreign cyclists can return to their countries, because those who managed to reach Ecuador are in several cities, because they could not advance to the coastal city of Guayaquil, where they had to start the competition.

“Most of the caravan had to arrive in Guayaquil last Friday when the situation calmed down a bit, but as it was not possible, now with the unemployment of indigenous people, they are stuck in Tulcán,” he said.

The carriers suspended the paralysis on Friday, which was halfway through the weekend, with few buses working in cities like Quito where, however, there was a taxi service.

Hidalgo also said they are negotiating with the contracted hotels, which had been advanced 50% for the attention of the delegation that included some 280 people

This, “to see if you can make, in about fifteen days, a national Tour to not lose that investment that was made with the support of the Ministry of Sports, several municipalities and the FEC,” he said. (EFE)