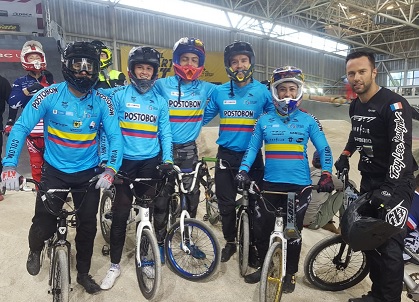 BOGOTÁ. In the next thirty days, the Colombian BMX team is coming up with two crucial commitments, for the sum of points in the UCI ranking for Tokyo 2020. The first one will be the World Championship for the modality in Zolder next week and the second in the first days of August, the Pan American Games in Lima.

The first and one of the most important of the season for the national team that travels with seven of its members, is the World Championship between next Tuesday 23 until next Sunday 28 in Zolder, Belgium.

The national team is led by the World Cup podium and great Colombian figure of the season Diego Arboleda, a runner who joins the Olympic medalists Mariana Pajón, Carlos Oquendo and Carlos Ramírez. Accompanied by the gorge Gabriela Bolle.

Ana Sofía Cadavid and Mateo Carmona complement the payroll of the tricolor team in the Junior category that will also be directed by the national coach Germán Medina.