COPACI condemns the assassination of the president of Haiti Jovenel Moise 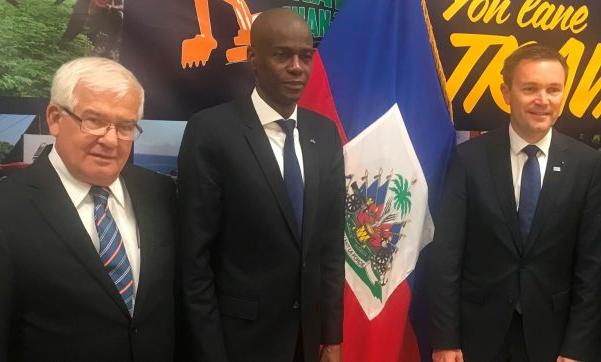 The Panamerican Cycling Confederation (COPACI) received with astonishing regret on July 7 the news about the assassination of the president of Haiti Jovenel Moise, who was killed in his own residence by a command that is still under investigation.

President Moise always had intentions to support sport for his country, and especially with cycling he made an important approach, when in 2019 he received the president of the International Cycling Union (UCI), David Lappertient and the head of COPACI, José Manuel Peláez.

At that meeting he expressed government support for a joint UCI-COPACI project for the development of cycling in his territory, in which he has been working in these two years with visible results for that nation.

COPACI regrets this loss for the Caribbean country and condemns the vile assassination of President Moise, to whom we will always be grateful for his gesture towards our sport.