COSTA RICA: CALLED TO THE PAN-AMERICAN CYCLING IN MEXICO 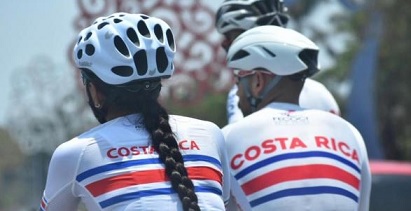 SAN JOSE. The national women and men route coaches, Javier Bonilla and Mario Amien, defined the call for the Pan-American Elite, Women’s and Under23 Pan American Championship in Hidalgo, Mexico 2019.

The competitions will take place from April 29 to May 5 in the city of Pachuca de Soto in Mexico. Said Pan-American will count with the participation of delegations such as: Argentina, Brazil, Canada, Chile, Colombia, Costa Rica, Cuba, the United States, Guatemala, Honduras, Peru, Venezuela, Mexico among other delegations.

The city where the Pan American Fair will be held is located 90 km from Mexico City and at an approximate height of 2,500 meters above sea level.

Rolando González, a Costa Rican cyclist who lives in the United States and is a cyclist of the professional team, The 303 Project, will confirm his participation in the coming hours. González is the current National U23 Champion of Road Elite.

Anthony Vega and Daniel Solís remain as substitute runners of the U23 National Team in case of any eventuality. (bycampbell.com)