COSTA RICA WILL HAVE ITS FIRST GREAT UCI FUND 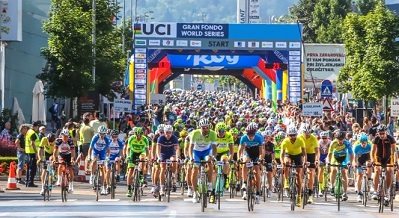 SAN JOSE. The International Cycling Union (UCI), reported that Costa Rica will have its first Grand Fund, after it was announced in the calendar of qualifying events for the World Grand Funds.

This is the Gran Fondo de Costa Rica, a mega event that will bring together the best amateur cyclists and aims to have innovative routes and novel distances to mark a before and after in Costa Rican cycling.

The event, in addition to being endorsed by the UCI, also has the approval of the Costa Rican Cycling Federation and will be organized by RPM TV- Xtreme Family Entertainment.

«The CRC 506 Gran Costa Costa Costa Costa Fund is a reality when it appears on the UCI World Grand Funds calendar, this event will allow all amateur cyclists in the country and the countries of the area to participate in Costa Rica and they can also fight to qualify for the UCI World Heavyweight Championship, “explained Manrique Mata, president of Xtreme Family Entertainment.

The details of the competition have not yet been announced, however, the producer reported that in the coming days they will be reporting through a press conference. What was announced was that the registration will be open from this Wednesday, June 26, through the website www.ucigranfondocostarica.com. (elmundo.cr)