CUBA: EVERYTHING READY FOR THE IV CLASSIC 200 KILOMETERS ENGINE EXCELLENCE 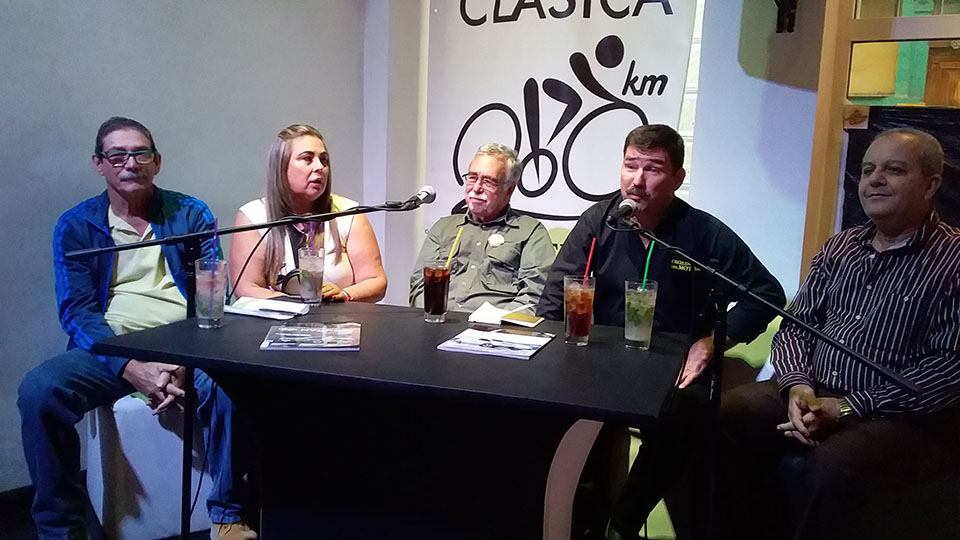 HAVANA. On Friday, the event that closes the competitive schedule of Cuban master cycling, the Fourth Classical 200 kilometers Excelencias del Motor, will be presented in the Cuban capital, which will be held on December 9, with the participation of some 200 runners from all over the country.

In the presentation and press conference, the president of the master committee of the Cuban Cycling Federation, Willy Hierro Caveda, assured that the organizing committee and its collaborators have planned everything in detail to ensure the success of the fourth edition of the attractive career.

Hierro Caveda said that in 2019 this contest and the others that make up the calendar in the master category, will be dedicated to the 500 years of the founding of the Villa de San Cristóbal de La Habana.

The Cuban master cycling officialized six races valid next year, the first one from January 25 to 27, called Giro by the Foundation of the Villa de la Santisima Trinidad 2019.

The XII Classical Master Havana South, on April 28; the Ciego de Ávila 2019, from July 26 to 28; and the RRM Rafael “Rodríguez In Memoriam”, from September 27 to 29; they also appear in the competitive official program of 2019.

At the dawn of the 500 years of the Cuban capital will run on the iconic Havana Malecon the IV Gran Fondo Tour Cuba on October 19 and 20, while the closure will be again with the Classic V 200 kilometers Excelencias del Motor, 8 from December. (José Luis Basulto / Press Copaci)