CYCLING OF PANAMA WILL DEBUT IN THE OLYMPICS 2020 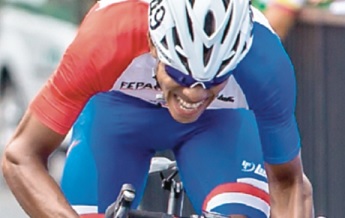 CITY OF PANAMA. In an official letter dated November 15, 2019 and signed by the International Cycling Union (UCI), the Panama Olympic Committee was notified of its participation – for the first time – in cycling during the Tokyo 2020 Olympic Games.

“We are pleased to confirm that your National Olympic Committee will take part in the Road Cycling event, of the Elite Men’s category, during the 2020 Yokio Olympic Games,” the letter begins.

On December 15, the deadline for the Olympic Committee of Panama to give an answer on its participation expires. If this is affirmative, cycling would become the thirteenth sports discipline in which the country will be represented during the next Olympic event.

In this XXXI edition of the Olympic Games a Panamanian will integrate the protagonist squad. This is Christopher Jurado Lopez who accomplished this feat thanks to his fourth place in the road test of the Pan American Games in Lima.

This rider, with great potential in the auctions, participated in several events of the Olympic cycle, including the Central American and Caribbean Games, in Barranquilla, where he was a silver medal. (impresa.prensa.com)