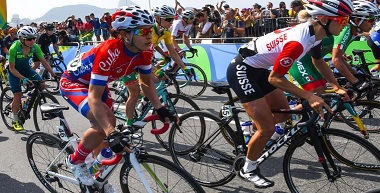 HAVANA. With the confirmation this week of the Olympic quota for Arlenis Sierra in road cycling, Cuba raised to 26 names with tickets to the maximum four-year appointment in Tokyo in 2020, in which he hopes to finish among the first 20 nations in the medal table , as confirmed by José Antonio Miranda, high performance director of INDER.

The Cuban rider secured her second inclusion in five-year appointments after finishing a dream season in which she was ninth in the world rankings and therefore, won one of the 67 seats for the route, in which five teams will have a quartet of runners: Australia, Germany, Italy, the Netherlands and the United States, so aspiring to a solo podium will be very difficult for Granmense.

“First I will fight to improve the 28th place in Rio de Janeiro. In this year’s World Cup I ran almost alone too and finished in the top twelve. It is a very hard test, but I do not lose hope of approaching the podium ”, confessed the double monarch of this specialty in Pan American Games (2011 and 2019). (Radio Habana Cuba)