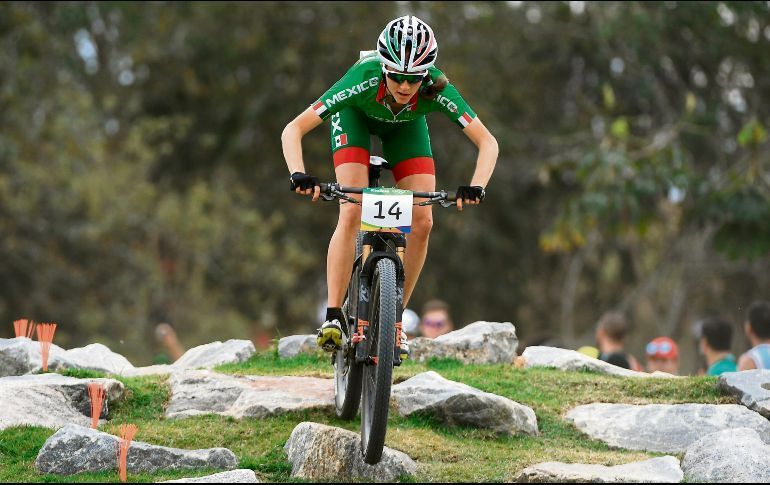 MEXICO. The Central American monarch of Barranquilla 2018, Daniela Campuzano, only waits for the day of action in the Pan-American MTB Championship, to look for the passport to the Tokyo 2020 Olympic Games.

While the time comes, the Hidalgo is focused on the final preparation for the fight for the only ticket available in the regional race, which will be fought by the presence of the best cyclists in America.

The Pan-American Mountain Cycling Championships will be held in Aguascalientes from April 2 to 6, and for the elite division will award the direct pass to the Tokyo 2020 Olympic Games in the event.

The Mexican hopes to repeat the story as she did four years ago, when the selective Pan-American game was held in Cota, Colombia, where she made history by winning the Pan-American championship and getting a direct pass to the Rio 2016 Olympic Games.

“We are only a few days away from the Pan-American Championship, which will take place at ‘El Ocote’ Aguascalientes, it is a complicated track, but there is something to go in search of victory,” he said.

Prior to the maximum objective of this year for the cyclist, in the UCI Cup in the United States, the rider stayed in the fifth place where she had the opportunity to measure herself against some of the riders who will go to the Pan American.

“We are on the right track, the preparation has been the right one and we are going with everything to look for the podium and of course the place to Tokyo 2020”, said the competitor.

Both she and Gerardo Ulloa, also a monarch in Barranquilla 2018, are the greatest exponents of mountain biking and are sure aspirants to the podium, but it must be the first place to get the passport to the Tokyo 2020 Olympic Games in Aguascalientes.

On the other hand, the Mexican international Brenda Santoyo said that this season there is potential to meet the objectives in search of placing Mexico in the top 22 of the Olympic ranking, in order to aspire to a place in Tokyo 2020.

The Youth Olympic Games in Nanjing 2014, said that by completing the second season with the first female road team endorsed by the International Cycling Union (UCI), there is more experience and international friction. (Notimex)