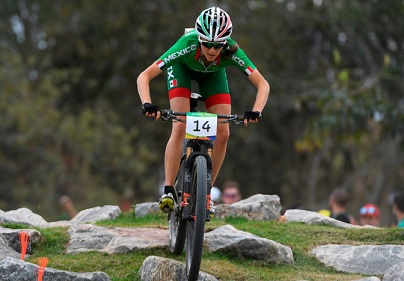 MEXICO. The Mexican Daniela Campuzano came in first place in the Czech Cup of Mountain Bike UCI C1, which took place in the town of Zadov, in the Czech Republic, as part of the preparation for the Pan American Games Lima 2019.

After the seventh place achieved the day before in the Trophy Maja Woszczowska in Poland and after traveling five hours for the fair on Sunday, the Hidalgo outnumbered her adversaries, which was in the place of honor with a time of 1: 23.51 hours in the Cross Country.

In the second and third place entered the premises Jitka Cabelicka and Jana Czeczinkarova with 1: 24.08 and 1: 24.32 hours, respectively. In fourth place was the Slovakian Jan Keseg Stevkova with 1: 25.02 and in the seventh place came the American Gwendalyn Gibson with 1: 27.34.

This was the second attendance of the Mexican in two different contests, but with the same goal of adding a point in the Olympic ranking and of course preparation for the Pan American Games Lima 2019.

In the Peruvian continental event, Campuzano Chávez Peón has the firm intention to climb to the podium and meet the second Olympic cycle fair on his way to the Olympic Games Tokyo 2020. In Barranquilla 2018, he won the gold medal in the Cross Country. (razon.com.mx)