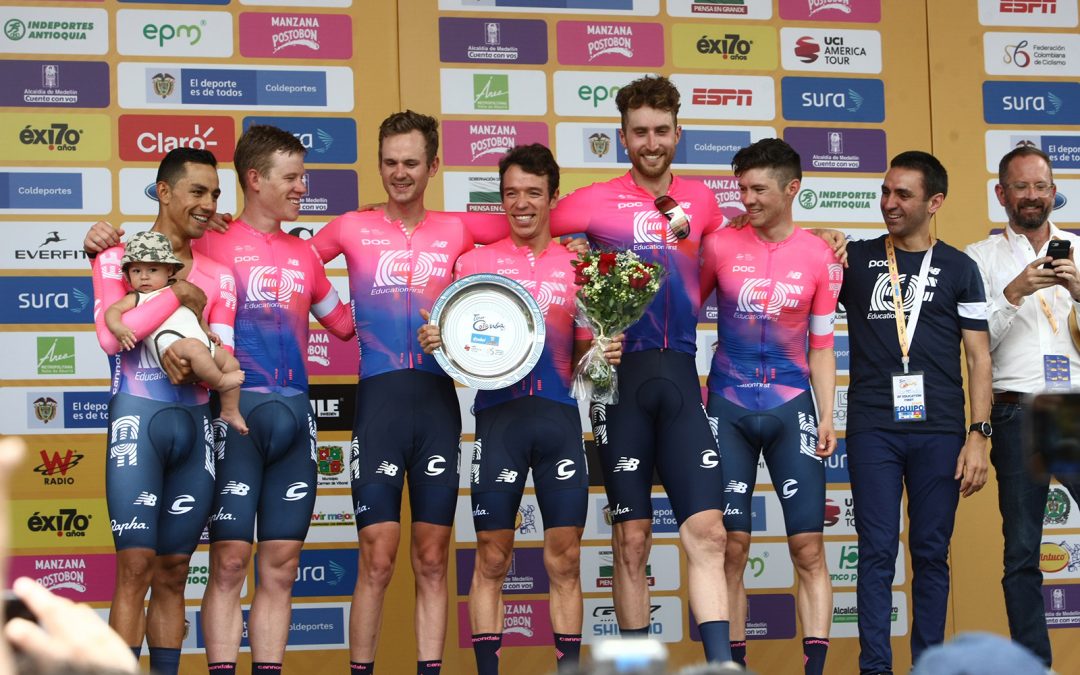 BOGOTÁ. Team EF Drapac Cannondale, gave the first knockout in the team time trial with which opened the Tour Colombia UCI 2.1. The North American currency, reached the best record and placed the Colombian Rigoberto Urán in the leadership of the competition.

“We are very happy to have won today with my audience such an important stage, it gives a lot of happiness. We came well, with a good team, that we took advantage of and it went well. The important ones are the final days and we want to do the best “assured the first carrier of the orange shirt Rigoberto Urán.

In this day, in which they had high expectations of the WorldTour teams, they did not clash, they were protagonists of the show and they were located in the first seven places. However, among the favorites for the final triumph, Nairo Quintana (Movistar Team) was the big loser of the day, yielding 44 seconds with his bitter rivals.

Quintana was calm and now waits for the mountain to diminish the differences “The sensations were good, along with Winner and Richard very well, the other boys the height still affects them, but they rolled quite well up to where they could, this is a more climbing team than this modality, to wait for the mountain to come and we are going to try to give a show and if we can recover whatever it has lost it would be good “added the great star of the Movistar Team.

Among the national continental teams, Team Medellín, who was the first to take the start today, recorded the best time and was sixth to 40 seconds. Also in the Top 10, there were three other national continental currencies; the EPM Scott, eighth to 52 seconds, the Strongman Coldeportes ninth to 53 seconds and closed in the tenth place the Continental Professional Apple Postobon. (mundociclistico.com)