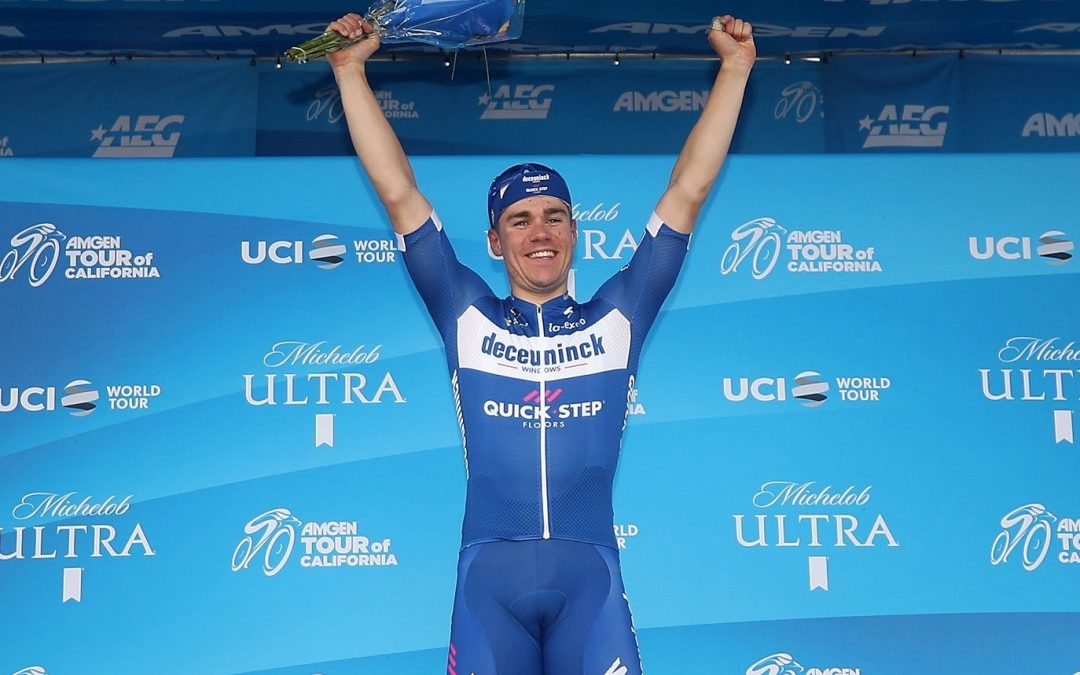 BOGOTÁ. Fabio Jakobsen gave Deceuninck Quick Step the third consecutive stage victory in the Tour of California on Wednesday. Despite giving important time in goal due to a fall near the arrival, the American Tejay Van Garderen (EF Education First) remains leader.

The fourth day of this test traveled 212 kilometers between Raceway Laguna Seca and Morro Bay. The winner in a small sprint was Fabio Jakobsen (Deceuninck Quick Step) who won in a hard-fought final against riders Jasper Philipsen (UAE-Team Emirates) and Peter Sagan (BORA Hansgrohe) after 5 hours 53 minutes 22 seconds.

The anguish was taken to EF Education First when with 7 kilometers to go, the leader Tejay Van Garderen suffered a fall that relegated him from the group and caused him to lose 50 seconds. Same luck that suffered the second in the general Gianni Moscon (Team INEOS), affected by a fall in the last 5 kilometers.

Roy Goldstein (Israel Cycling Academy), Michael Hernandez (USA Team), Joonas Henttala (Team Novo Nordisk), Jonny Brown and Ian Garrison (Hagens Berman Axeon). They were responsible for leading the day’s getaway, that despite making a great effort and trying the heroic, he found a main group that did not want to give greater advantages and gave them capture in the absence of 8 kilometers to the goal.

The Colombian Sergio Higuita (EF Education First) entered the position 23 with the same time of the winner and keeps the eleventh box in the general classification to 29 seconds.

The Californian test continues this Thursday with a day with a large mountainous dose, about 218 kilometers between Pismo Beach and Ventura. With passage through five mountainous ports, one of first, one of second and three of third category. (mundociclistico.com)