FEMALE TOUR TO COSTA RICA. “THE ROUTE FAVORES US AS IT HAS A CHRONOCHE”: BLANCA LILIANA MORENO 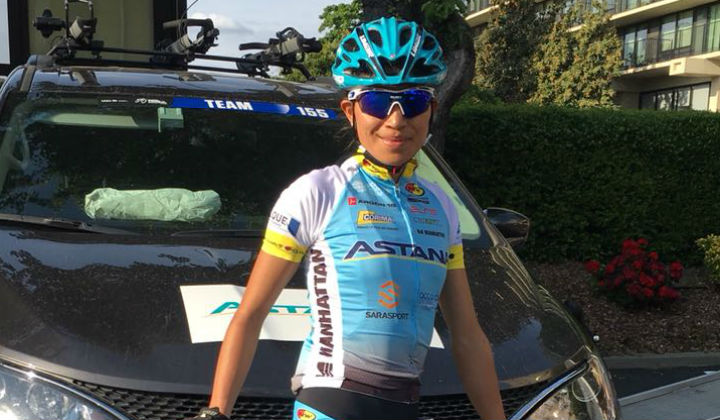 BOGOTÁ. Colombia will be in the 18th edition of the Vuelta Femenina a Costa Rica to be played between the 2nd and 4th of this month. The race will start in the line of the Bogota Blanca Liliana Moreno (Astana), who is the current runner-up.

Blanca Liliana Moreno this time will be with the Bogota team Mixto 1 Project engineers and comes second in the Grand Prize National Women’s Olympic Committee of Costa Rica won by the Mexican Marcela Prieto.

In the Women’s Tour to Costa Rica will also be the national Maria Paula Latriglia Alarcon, Jeniffer Medellin, Luisa Motavita and the Ecuadorian Myrian Nuñez. The current champion is the Cuban Arlenis Sierra.

“It will be my last race of the season, I feel good, although I am already a little tired. It has been a year of many competitions and we will try to look for the Vuelta a Costa Rica, the course favors us since it has a time trial, a stage and a circuit. We will try to give our best and locate ourselves as best we can, “said Blanca Liliana Moreno at Revistamundociclistico.com.